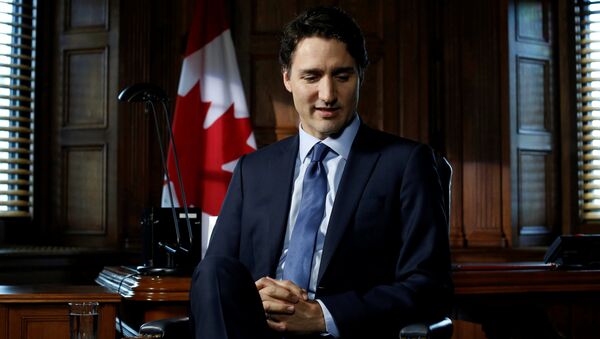 Speaking at a Wall Street Journal event, Navarro said that he made a “mistake” when he said that there was “a special place in hell” for Justin Trudeau.

“I used language that was inappropriate, and basically lost the power of that message. That was my mistake, those were my words,” he said.

When asked if he was apologizing to Trudeau, he answered, “Yeah, absolutely.”

Navarro landed in hot water after blasting the Canadian Prime Minister in an interview on “Fox News Sunday” for his criticism of Trump’s trade policies ahead of and during the G7 summit.

“There’s a special place in hell for any foreign leader that engages in bad-faith diplomacy with President Donald J. Trump and then tries to stab him in the back on the way out the door. And that’s what bad faith Justin Trudeau did with that stunt press conference. That’s what weak, dishonest Justin Trudeau did, and that comes right from Air Force One,” the adviser said.

Peter Navarro: "There’s a special place in hell for any foreign leader that engages in bad faith diplomacy with President Donald J. Trump and then tries to stab him in the back on the way out the door…that’s what bad faith Justin Trudeau did with that stunt press conference." pic.twitter.com/KtqKXizBEc

Responding to Trump’s decision to impose tariffs on steel and aluminum on numerous nations, including Canada, Trudeau told a press conference that his country would not be “pushed around.”

“The idea that we [Canada] are somehow a national security threat to the United States is quite frankly insulting and unacceptable. […] Canadians are polite, we’re reasonable, but we also will not be pushed around,” he told reporters, adding that he Canada would retaliate against US tariffs.

Trump was quick to strike back at Trudeau launching into a fiery rant with a barrage of tweets, denouncing the prime minister. Before finally reaching an agreement, Trump instructed US representatives not to endorse the joint communique of the G7 summit due to Trudeau’s “false statements at his news conference.”