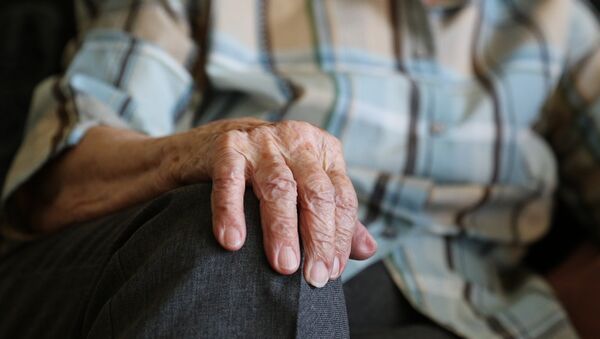 As staff shortage problems in Swedish elderly care snowball, with 67,000 more employees expected to be needed by 2026, employers are hiring personnel with an "almost non-existent" knowledge of Swedish, creating new issues for healthcare, according to a report.

The trade newspaper Kommunalarbetaren exemplified the problem with a case in the city of Nyköping, where an elderly person collapsed, sustaining a head injury. The caretaking service was notified, but no immediate measures were taken due poor Swedish and communication failures. The incident was only discovered by a mere coincidence, barely in time to save the person.

The Nyköping case was later reported to the Health and Social Care Inspectorate (IVO), who identified the lack of knowledge of Swedish within elderly care as a "risk area." A patient could end up with the wrong type of care or no care at all because of the language problem, IVO pointed out.

Subsequent tests run by the Stockholm Hospitals foundation, following complaints from residents and their relatives, revealed that almost half of those whose native tongue is other than Swedish failed to meet the basic language requirements. Most of them were nurses.

The trade union Kommunal is strongly critical of employers hiring people regardless of their knowledge of Swedish.

"There are no restrictions whatsoever on how little Swedish you may know," Elisabeth Antfolk of the Kommunal trade union, told Kommunalarbetaren.

Sweden's "most multicultural city", Malmö, which has a large proportion of employees with a foreign background, was reported to have launched courses in vocational Swedish during paid working hours. The same pattern has also been observed in Stockholm, where employees with many years' experience still speak such bad Swedish that they are offered language training.

"We train people who have worked maybe 15 years, and still have an almost non-existent knowledge of Swedish, especially when it comes to reading and writing," Hans Alm, deputy rector at Åsö Adult College said.

Lena Alksten, a strategist for education issues in Stockholm City Council, pointed out the necessity of having realistic expectations for those who do not have Swedish as a mother tongue.

"If you only have two years of schooling from your home country you cannot possibly get a high school qualification in a single year," Alksten said.

Erika Hasselvik of the Kommunal's section in Lycksele has argued that all staff is valuable, because it is often just a question of having any personnel at all.

According to Sweden's employer organization SKL, 67,000 more employees will be needed within elderly care by 2026.