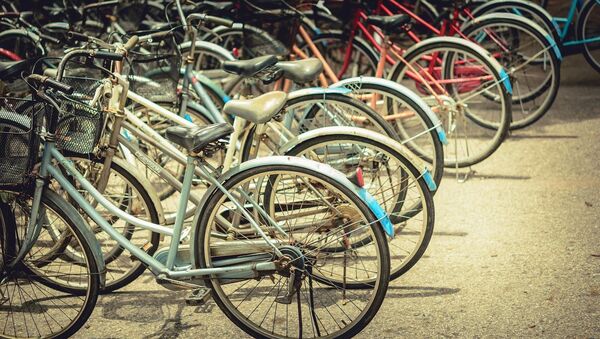 MADRID (Sputnik) - An employee of the mayor's office in the Portuguese city of Alenquer, Helder Batista, said Wednesday that he had arrived in Russia for the World Cup by bicycle.

"Official. I've already arrived in Russia," Batista posted on the Facebook page of his campaign, Rumo a Russia 2018.

Batista left Alenquer on May 6 and has crossed Portugal, Spain, France, Germany, Poland, Lithuania and Latvia, on his way to the World Cup in Russia, posting photos and videos of his journey on Facebook, where his campaign page has more than 5,500 followers.

He intends to reach Kratovo, just outside Moscow, where Portugal's training camp will be located, on June 20. Batista's goal is to raise money for a charity that helps children living with cancer.

Reigning European champions Portugal will take on 2010 World Cup winners Spain in the Black Sea resort of Sochi on Friday. The two teams will also play Morocco and Iran in their remaining Group B matches.

The World Cup kicks off on Thursday June 14, with the final to be played on July 15.