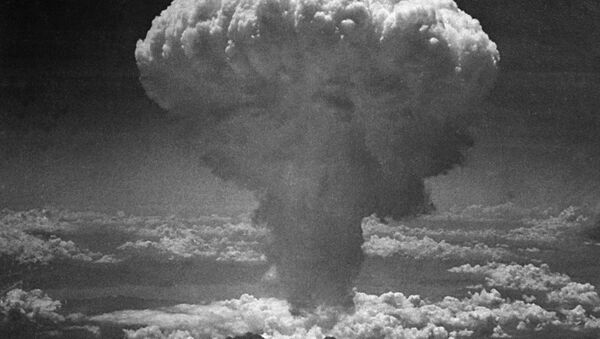 © AP Photo / U.S. Air Force
Subscribe
UK Defense Secretary Gavin Williamson has pledged to meet veterans of Britain’s nuclear tests. While they may finally be honored for their sacrifices, the question of whether they will receive compensation remains open.

Speaking in the House of Commons June 11, Conservative MP John Hayes, patron of the British Nuclear Test Veterans Association, asked Williamson to meet with the surviving 1,500 (of 22,000) nuclear test veterans in the UK.

"This generation, by recognising and rewarding those brave people, would be doing a service to theirs-something of which we can be proud," Hayes enquired.

In response, Williamson said he would be "honored" to meet with the veterans "at the earliest possible opportunity." 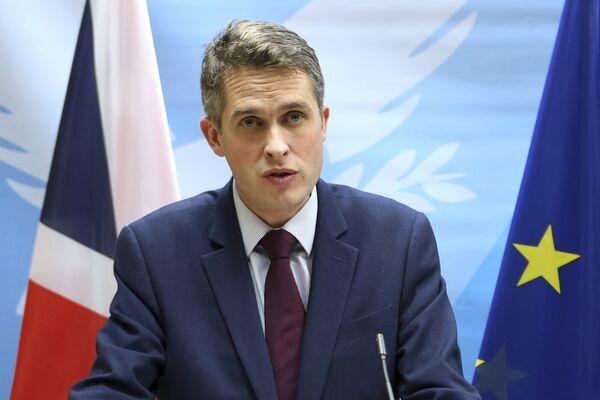 Britain's Defence Secretary Gavin Williamson
© AP Photo / Petros Karadjias
The pledge comes a week after Parliament was presented with a petition calling for recognition for survivors of the 1950s nuclear trials, following a meeting between Labour leader Jeremy Corbyn and the veterans and their widows.

The move has been welcomed by veterans and the families of deceased servicemen involved in the UK's various nuclear trials alike. Among the latter camp is Shirley Denson, widow of Royal Air Force ace Eric, who participated in a key radiation experiment in 1958 — although a mere medal may be too little, too late in her case.

Eric was ordered to fly through the cloud of a thermonuclear explosion, as part of Operation Grapple — a series of British atomic and hydrogen bomb tests carried out in the Malden and Christmas Islands in the Pacific Ocean. He duly flew his converted Canberra B6 bomber through the mushroom cloud of a 2.8 megaton nuclear explosion, with X-ray badges affixed to his seat to measure radiation. 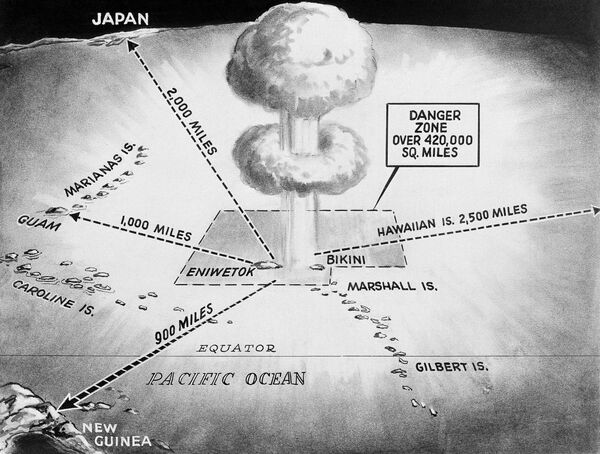 This April 27, 1956, file photo shows the area in which the United States hydrogen bomb tests will take place in the Pacific Ocean. North Korea said it successfully detonated a hydrogen bomb in its latest nuclear test Sunday, Sept. 3, 2017. Outside experts haven't been able to verify that claim, but say it's plausible. If true, it would represent a major step forward in North Korea's effort to develop a nuclear weapon capable of reaching the United States.
© AP Photo / Ed Gunder
In 1976, he committed suicide. Ever since, Shirley — along with several other widows of nuclear test veterans — has called for the Ministry of Defense to be prosecuted for the death of her husband. She claims Eric was used as a guinea pig by officials, and his suicide resulted from severe health issues caused by the experiment — after the flight, he began suffering from severe frequent headaches.

In May, as reported by The Mirror newspaper, Shirley uncovered previously classified official documents indicating during the six-minute test, Eric's head alone was exposed to 65 years' worth of normal background radiation — the equivalent of 17,500 dental x-rays.

Moreover, the documents revealed government ministers were well aware the tests posed major health risk to participants and their future offspring, but efforts were nonetheless made to "ensure as little shielding effect as possible" was provided to the planes — and thus participating servicemen — involved in order to optimize radiation readings. 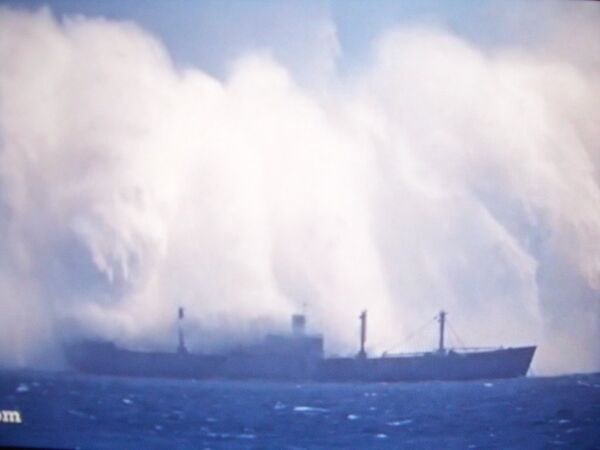 Still from video of 1958 US 'Operation Hardtack' underwater nuclear bomb test
CC0 / /
Immediately after the test, Eric suffered vomiting and rashes, common symptoms of radiation poisoning — but just 48 hours later, he was ordered to fly the same plane again, to conduct a 75-minute "radar calibration and formation" flight.

Eric is likely to not have been the only member of his family affected by the incident — two of the couple's four daughters were subsequently born with birth abnormalities, as were some of their grandchildren and great-grandchildren.

Despite the contemporaneous concerns of nuclear scientists working on Britain's nuclear test programs, the modern Ministry of Defense issued a statement May 31 denying any health issues suffered by the individuals involved and/or their families stem from the tests.

"It's not true to say these men were subject to an experiment to look at the effects of radiation. The testing program contributed towards keeping our country secure during the Cold War and regular health checks were conducted throughout. The National Radiological Protection Board has carried out three studies of nuclear test veterans and found no valid evidence to link participation in this programme to ill health," a spokesperson said.

Elsewhere however, authorities have acknowledged a causal relationship could indeed exist, and established compensation mechanisms for affected individuals. 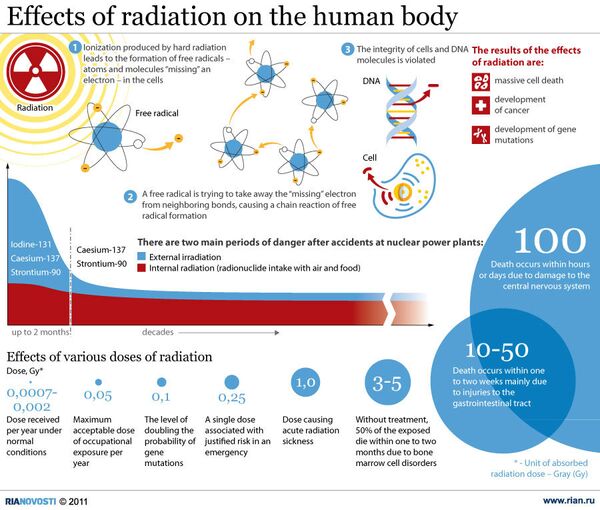 Effects of radiation on the human body
© Sputnik
For instance, in 2009 France established a US$13.5 million fund to recompense people who claimed they'd been deleteriously afflicted by the country's four-decade-long program of nuclear testing in Algeria and French Polynesia. Around 150,000 were theoretically exposed to radiation in over 200 tests conducted 1960 — 1996, then-French Defense Minister Herve Morin conceded.

Prior to the landmark move, France similarly denied radiation exposure had caused a host of ills, including cancer, in residents of neighboring communities and the workers who conducted tests.