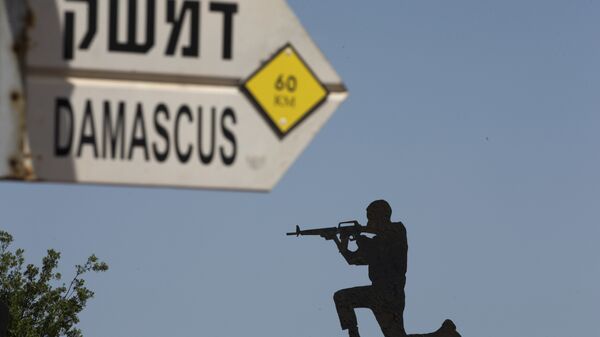 The Syrian army is reinforcing its air defenses near the Golan frontier as tensions with Israel continue, a Syrian army commander said on Tuesday.

According to the commander, in the coming days additional backup is set to be deployed as the conflict has moved toward the southwest region of the country, Reuters reported.

The placement of the Russian-made Pantsir S1 is intended “to renew the air defense system against Israel in the first degree,” Reuters reported the commander as saying.

Last month, there was a risk of escalation of the conflict after Israel launched a massive airstrike against what it said were 60 "Iranian" military targets in Syria, calling the measure retaliation for the firing of nearly two dozen rockets into the Israeli-occupied Golan Heights.

Tel Aviv has accused Tehran of expanding its military presence in Syria as a means to threaten and stage attacks against Israel. Iran has denied that it has an extensive military presence in Syria, saying its contingent is limited to military advisers, who are in the country to help the Syrian army in its ongoing fight against terrorism. The Iranian mission has the approval of Syria's internationally recognized government.

After the incident in May, the Israeli forces launched unexpected large-scale military drills in the Golan Heights on June 10.

Israel occupied the Golan Heights, a region which is located between the two countries, in the 1967 Six-Day War with Syria and annexed the territory in 1981. The international community has not recognized the Israeli annexation,  calling the decision to impose Israeli "laws, jurisdiction and administration" over the territory "null and void and without international legal effect."