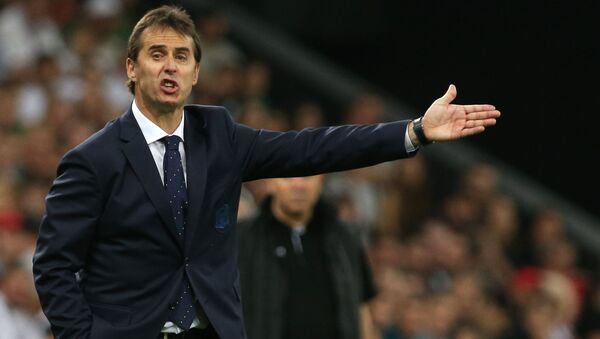 The 51-year-old specialist has agreed on a three-year deal with the 33-time La Liga champions who have been without a manager following Zinedine Zidane's resignation on May 31.

Under the Frenchman's management, Real claimed an unprecedented three Champions League titles in a row.

Angry Ronaldo Refuses to Renew Contract With Real Madrid - Reports
Lopetegui was appointed Spain head coach in July 2016 replacing Vicente del Bosque, who steered the team to their only World Cup crown in South Africa in 2010.

Lopetegui led the Red Fury to the 2018 FIFA World Cup finals without suffering a single defeat in their ten World Cup qualifying matches and recently extended his contract with the Spanish Football Federation until 2020.

Spain has been drawn in Group B and will play reigning European champions Portugal in Sochi on June 15, Iran in Kazan on June 20 and Morocco in Kaliningrad on June 25.