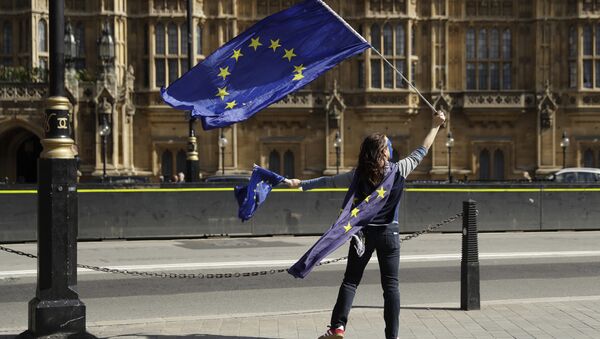 Labour’s Shadow Brexit Secretary Keir Starmer believes that a Norway-style deal with the EU would not prevent a hard border in Northern Ireland and that becoming a member of the European Economic Area (EEA) – effectively keeping Britain in the EU single market – would be “totally incompatible” with the need to avoid a hard border with the Republic of Ireland, the Independent wrote.

He has also urged Conservative pro-Remain MPs to “change the course of Brexit” and vote accordingly on a series of upcoming crunch votes in the lower house of parliament.

Best for Britain Campaign to Strive for Referendum on Brexit Final Deal
Starmer’s call comes as lawmakers are bracing for a fierce parliamentary debate over Britain’s EU divorce bill.

The opposition Labour Party wants to force the government to  negotiate a Brexit deal where the UK retains “full access” to the EU’s single market and that would ensure “no new impediments” to trade.

Tory whips are pressing potential pro-EU rebels in the Conservative Party’s ranks to make sure the party rallies enough votes to win.

In a rare alliance, senior Tory Remain and Leave MPs have urged party rebels to back Prime Minister Theresa May on the bill.

READ MORE: Scotland May Do Better on Its Own as EEA Member, Analyst Says

Yet, the Labour camp is split on the Brexit issue between pro-Leave MPs ready to vote with the government, and rebels who’ve come out against their own party’s amendment to support the country’s membership in the European Economic Area.

The United Kingdom is currently part of the EU single market but if London leaves it after Brexit, Britain will have to negotiate new trade deals with its partners, including the United States.