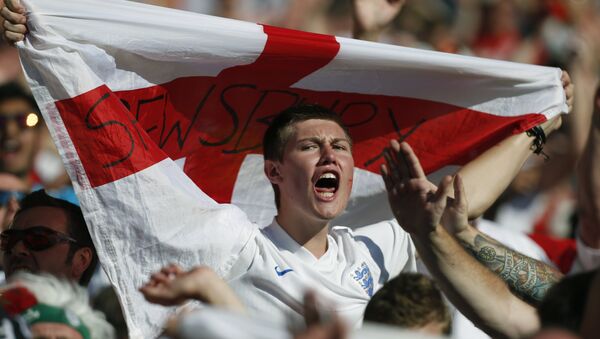 Evgenia Filimianova
All materialsWrite to the author
England fans won't behave in a disrespectful way in Russia and there are several reasons for it, a long-standing fan from London told Sputnik.

Richard Kingdon was in Marseille, France when the violence broke out among fans in 2016. He told Sputnik it is extremely unlikely there will be any trouble in Russia.

"It happened in France because it could, the police weren't getting involved. They just stood back in France because they are not allowed. I don't think the Russian police will stand there and watch. They will stop it very quickly."

Having attended the tournaments in Germany in 2006, France in 1998 and Euro championships — England in 1996 and France in 2016, Richard is an experienced football fan and traveler.

"All the violence I've seen in the past, since the 1980s, the one common factor is people were drunk. In my experience of traveling with England fans, when they get drunk — like it was in Amsterdam a few weeks ago — they got disrespectful. I don't think they will behave the same way in Russia, they will be scared to do that. Also all the people who got the tickets to the games in Russia have been vetted by the England supporters club."

Football is different from the 1980s, 1990s and there is CCTV everywhere, he added. 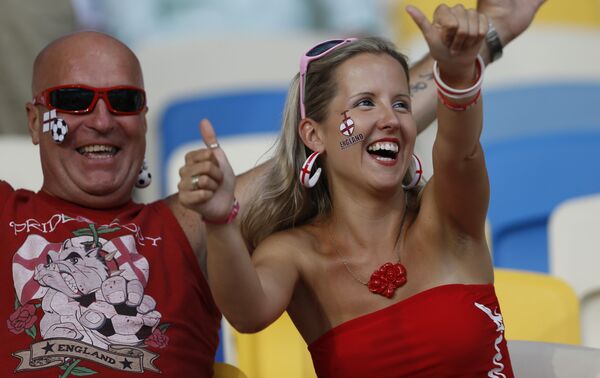 In a recent report the British Foreign and Commonwealth Office (FCO) has issued a number of warnings to UK citizens traveling to Russia for the World Cup, citing violence and the "volatile state of UK-Russia relations" as mains concerns.

Richard, who is attending the England v Belgium match on June 28 in Kaliningrad, says he doesn't follow the FCO advice.

"I have been around the world and I think if you are unfortunate to be caught up in something, it can happen anywhere. You could be walking in the streets of London and a terrorist bomb would go off. You can't live your life in fear."

When it comes to fans' behavior, age does matter, suggests Richard.

"The people who are going, we are quite big guys, we are older — I am 49. I've been around that stuff all my life. It is the young people who get in trouble because they have no experience. If you are drunk and young, you have no chance — you are playing with fire. We tell the young people, this is not the time to play around. The older people advise the younger fans on how to avoid trouble. In a sense we are policing among ourselves."

England shares the Group G with Belgium, Tunisia and Panama. The games will be hosted by Volgograd, Nizhny Novgorod and Kaliningrad.

"It will be easy for England to pass the groups stage, as it will be for Belgium. I'm not deluded and I've been to World Cups before — I think England have got a chance this time. The players aren't scarred by previous fails or disappointments. They are young and fearless, they have got nothing to lose, the pressure is not on them. I wouldn't be surprised if we win it," Richard told Sputnik.

He predicts European teams, like France, Germany Belgium and Spain, have a good chance of winning the tournament that kicks off in Moscow on June 14. 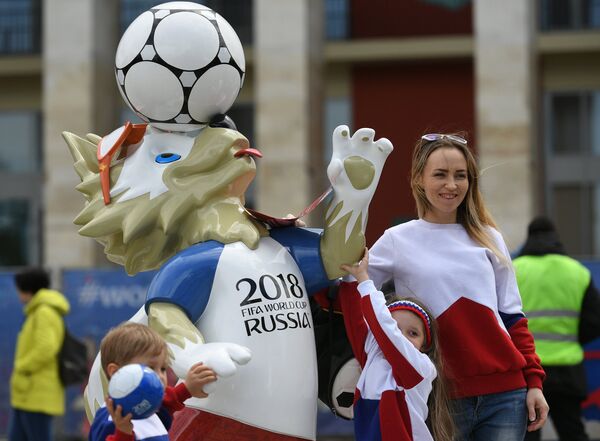 St. Petersburg residents and tourists at the opening of the 2018 FIFA World Cup Football Park.
© Sputnik / Alexei Danichev
/
Go to the photo bank
For more information on World Cup news, fixtures, venues, city guides and analysis, visit the World Cup 2018 Russia page.
Newsfeed
0
Access to the chat has been blocked for violating the rules . You will be able to participate again through:∞. If you do not agree with the blocking, please use the feedback form
The discussion is closed. You can participate in the discussion within 24 hours after the publication of the article.
To participate in the discussion
log in or register
loader
Chats
Заголовок открываемого материала