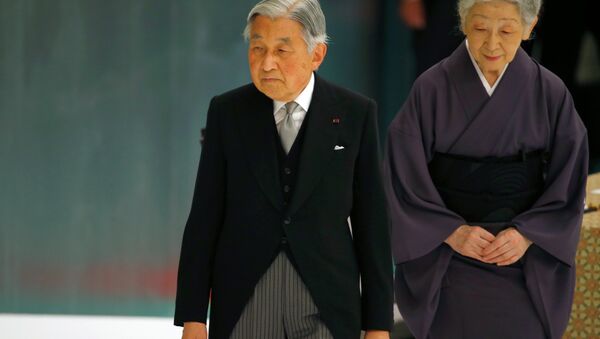 On Sunday, Japanese Emperor Akihito and Empress Michiko entered the last annual tree-planting ceremony before the Emperor abdicates next spring, the first event of its kind on the country for 200 years.

The ceremony, which took place in Minamisoma City in the Fukushima Prefecture, is also the location of the March 2011 tsunami brought on by a 9.0 magnitude earthquake that destroyed the city.

At the start of the 69th national tree-planting festival, the Imperial couple and other participants bowed at a memorial monument for the estimated 16,000 victims of the tsunami with a minute of silence, Japan Times reported. The imperial couple also planted saplings of six species and sowed seeds for four types of trees.

The couple has attended the tree-planting ceremony every year since May 1989, four months after Akihito took the throne following the death of his father, Emperor Hirohito. The purpose of the festival is to increase awareness of forest conservation.

This weekend also marked the start of the couple's three-day visit to Fukushima.

They visited a housing complex in Iwaki in the northeastern prefecture and met people who fled from the towns of Futaba and Namie near the Fukushima Daiichi nuclear power plant. On Monday, the couple will hand out flowers to tsunami victims and visit a local fishing facility.

Akihito, allowing for his age, will be the first emperor to descend from the Chrysanthemum Throne — a largely ceremonial position — in some 200 years.

While the Emperor of Japan is the only global head of state to use the English title of ‘emperor,' Tokyo's Imperial House of Japan is the oldest continuous monarchical family structure in existence, drawing its beginnings to the 3rd century, AD.