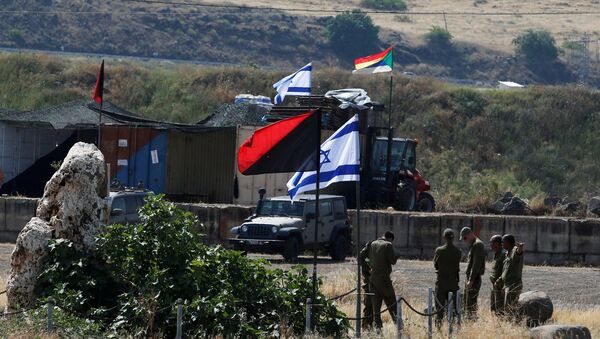 "A short while ago, a large-scale surprise military exercise began in the Golan Heights area… In addition, as part of the exercise the system to call up reservists was activated," the IDF said in a statement as quoted by the Times of Israel newspaper.

The Israeli army added that the drills were "planned in advance as part of the 2018 training schedule" and were not linked to the current situation in the area.

The military also warned local residents that they might hear the sounds of explosions and that the traffic in the area might increase due to the drills, the news outlet noted.

IDF Accused of Editing ‘Human Shield’ Clip to Justify Death of Palestinian Medic
Media reported in May that Israel had reached an agreement with Russia under which all the Iranian forces would be withdrawn from the areas near the southern Syrian borders and the northern Israeli borders. Israel, in its turn, agreed that forces of Syrian President Bashar Assad would be deployed in this area.