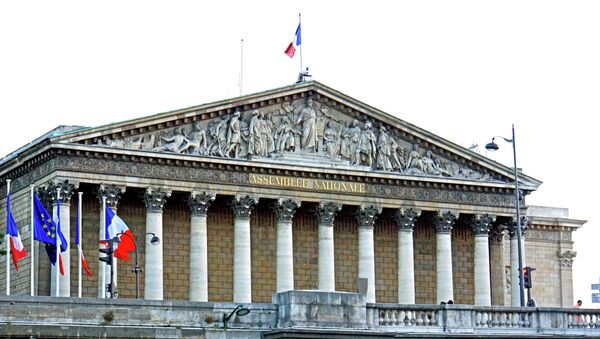 © Flickr / Dennis Jarvis
Subscribe
Resistance to President Macron's proposed bill to ban 'fake news' on the internet during election campaigns is gathering steam, with National Assembly lawmakers from the left, right and center uniting to reject what they say is a threat to France's constitution. Sputnik presents the most vivid MP reactions to the controversial proposal.

During the National Assembly hearings on the so-called 'fake news law', legislators from the ruling En Marche/Mouvement  proposed that the Higher Audiovisual Council (Conseil superieur de l'audiovisuel) broadcasting regulator be given the right to classify media into two categories — 'trustworthy' and 'less reliable'.

'Bill Has Only One Purpose'

"The issue is simple – will we ban Russia Today and Sputnik, and when? There is no other question at stake," Melenchon said. "By the way, each of the countries which have tried to follow the directions given by the Americans at the beginning of the year – i.e. France, then Germany and the UK, have gotten hopelessly mired in endless discussions about how to achieve this goal without violating freedoms," he added. 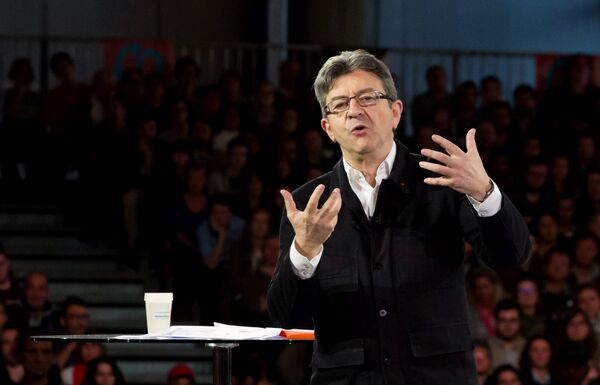 According to the lawmaker, if Paris starts down the slippery slope of trying to outlaw Russian foreign language media, it may end up having to monitor the BBC, Al Jazeera, and other foreign media as well.

"And perhaps everyone else will monitor France 24 to make sure that it doesn't randomly spread information which meets France's interests," Melenchon quipped. After all, he recalled, "President Chirac did not hide the purpose of creating this channel: In his view, it was necessary for a country like France to have the opportunity to broadcast a point of view corresponding to our traditions. Everyone does this!"

French MPs Assail "Anti-Fake News Law"
Melenchon warned that if the CSA is given the right to determine what is true and what is false, it will wind up determining France's foreign policy. "I am against the idea of the chairman of the CSA deciding whether Russia will be our partner or our enemy…This for us [France's elected officials] to determine."

Finally, Melanchon stressed that Paris should also be wary of giving companies the authority to determine news content. "It is proposed that the platforms on which information is based be responsible for this information. That's great, but how? This suggests that they have principles. Are you kidding? The GAFA [Google, Apple, Facebook, Amazon] have principles? This is news to me!"

"Ultimately, what we're discussing is a law to help distinguish between truth and lies, and it is here where our opinions differ. We are not engaged in science…but in politics," the lawmaker said. "The whole beauty of the election campaign lies in its subjective nature. How can you, in a few minutes, determine what the truth is?" Melanchon asked.

Marine Le Pen, former presidential candidate and leader of the Rassemblement national Party (formerly the Front national), spoke out in agreement with her ideological opponent.

"Mrs. Information Minister! You are dispassionately playing with our constitutional freedoms, and doing so, I must say, with appalling negligence," Le Pen said. "You are dangerous people. And what you are doing today you will continue to do until the end of your mandate. This law in particular will become the symbol of your government and, in my opinion, will leave an indelible mark on the careers you are so proud of." 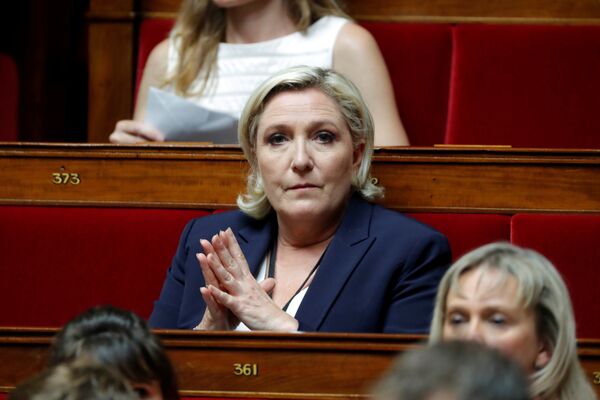 "You speak with such ease about extremely serious issues. You are talking about the immediate removal of internet content. But in fact we are talking about the equivalent of a seizure – the seizure of a newspaper, the confiscation of a book. Let me remind some of you that judges are no longer engaged with this, because it is a very serious encroachment of our freedoms," Le Pen added.

Furthermore, Le Pen suggested that the fake news bill seems hypocritical. "…Your goal is to create a form of transparency to get to know whether digital platforms have foreign financial influence. It seems to me that this looks very similar to what President Putin decided several months ago; this decision roused the whole political class in France, which demanded transparency, and that NGOs which naturally exert very large influence on public opinion disclose whether they are financed from abroad. I repeat: all of you without exception thought this Russian law encroaches on freedom. Now you are demanding the same thing [for France]."

"The most recent presidential elections showed, according to some, that a foreign state [presumably Russia] and media controlled by it did everything it could to influence the election results, and even allegedly spread false information to misinform the public…However, if I'm not mistaken, Emmanuel Macron was still elected, and has yet to prove that the information disseminated by Russia Today or Sputnik influenced our fellow citizens, in contrast to the criminal investigation against Francois Fillon in the midst of the election campaign, which helped candidate Macron a great deal…"

"If such a law were debated in a country that's blacklisted by Reporters Without Borders, everyone in this chamber would say that this was a trick whose purpose is to silence the opposition and suppress any criticism. This is the creation of a real thought police," Menard warned.

'This is Not France'

Debout la France MP Nicolas Dupont-Aignan shared in his colleagues' concerns. "Madam Minister! You love books…If you were to read a book describing our deliberations and explaining how in 21st century France we have come to discuss vague definitions not in order to fight against slander, but to fight fake news, against rumors or false information, you would say 'this cannot be, this is not France!'"

"Our predecessors gave a very precise definition of slander, because they were experienced lawyers who knew that this was not a joke of an issue. They would not have tolerated the kind of surreal debate we are presently engaged in, and with such vague definitions…We are heading toward a situation where dissent is classified as a crime; and this will be decided by a judge in a 48-hour period on the eve of important elections. This is pure madness!" Dupont-Aignan warned. 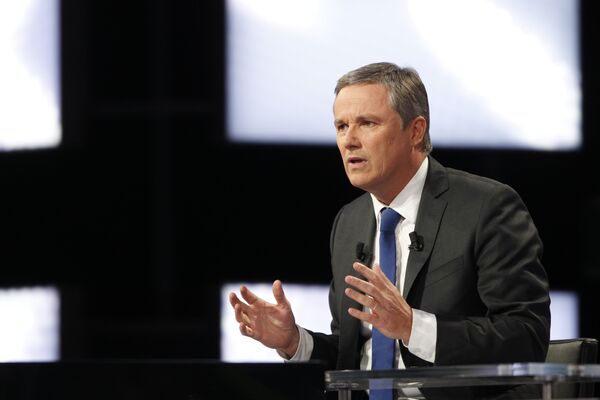 One Step to a Police State

Finally, Nouvelle gauche lawmaker Herve Saulignac emphasized that the bill could easily lead to the establishment of a police state. "When a government plays with the idea of regulating the political force that serves to counterbalance it, this has the potential to threaten freedom, one of the main pillars of our democracy…There is only one step from giving the CSA the right to establish order to the establish of police control over the media," Saulignac warned.

The National Assembly, the lower house of the French parliament, debated the Macron-proposed fake news law on June 7-8. If passed, it would allow judges to block the publication of information deemed false ahead of elections in 48 hours. The bill pays special focus to "foreign controlled media" and "digital platforms."