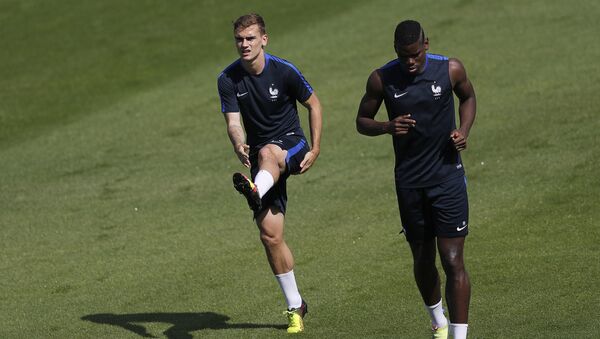 MOSCOW (Sputnik) - Atletico Madrid and French national team forward Antoine Griezmann said Sunday after a friendly match against the United States that there will not be easy games for France at the upcoming FIFA World Cup in Russia.

The French team was held to a 1-1 draw by the United States in a pre-World Cup friendly at the French stadium Parc Olympique Lyonnais on Saturday.

"I don't know [what happened at the match against the United States], we made a good preparation. We still have time to correct mistakes. I trust this team [France]. We understood that there won't be easy matches at the World Cup for us. Australia and Peru won't be easy rivals. Denmark, too, won't be boring. We have to be prepared, we will now watch the videos of Australia and try to beat them [at the World Cup]. We can't wait to come to Russia," Griezmann was quoted as saying by L'Equipe daily.

Russia will host the 2018 FIFA World Cup from June 14 to July 15, with the games set to be held in 11 cities across the country. France will face Australia, Peru and Denmark in Group C while the United States did not qualify for the tournament.