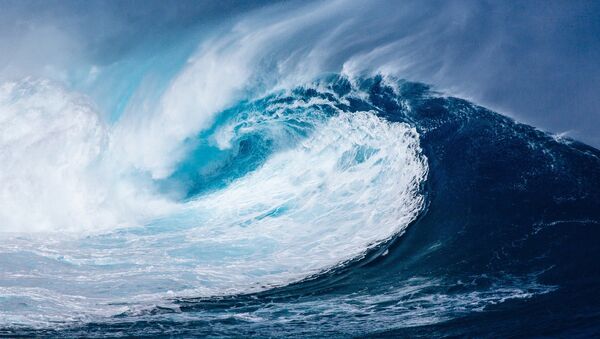 CC0 / /
Subscribe
June 8th marks the annual celebration of World Oceans Day. The theme for 2018 is aimed at preventing plastic pollution and encouraging solutions to a healthy ocean. According to reports, the theme was prompted by the eight million tons of plastic that end up in the oceans each year.

Radio Sputnik discussed this with Carlos M. Duarte, Professor of Marine Science at the King Abdullah University of Science and Technology, Kingdom of Saudi Arabia.

Carlos M. Duarte: I'm celebrating Oceans Day by being in Kiel, Germany at a workshop, thinking about the future of the ocean and the solutions to the many problems that the ocean has. And in fact the key, the good message, is that we've put forward the idea that the state of the ocean is not as bad as may be reflected in the mass media, and the options to recover the ocean to a healthy state are far better than we currently think, and we can rebuild and help the ocean within one generation.

Sputnik: We hear about calamities all the time. Why are you so positive?

Carlos M. Duarte: Because I think we have been doing a very poor exercise as a scientific community in communicating the state of the ocean where we have emphasized the many problems and the problems you mention are real problems that are affecting and impacting on the ocean. But we have not communicated equally, and in a balanced manner, the positive developments and the solutions.

So in fact now we are [changing our strategy] now in the scientific community; globally shifting from one of documenting problems to one of taking action in solutions. And in fact we've just realized that we are lagging behind society in taking action and now [even] many private citizens. We've mentioned plastic pollution; there's this youngster in the Netherlands that has developed a program called global ocean clean-up that pledges that we will remove plastic from the ocean. But he's not a scientist. But the scientific community is kind of now lagging behind society in the eagerness to take a stand and solve the problems.

We need to step up and solve the problems but we also need to communicate the good news: for instance humpback whales, which had been hunted almost to extinction by 1970, have now recovered globally. The population has grown from no more than 200 animals left to more than 40 thousand. And the same has happened with elephant seals and other seals. We don't emphasize enough the achievements that conservation methods have delivered to the ocean. And yes, we have many problems, but if we stop [merely] documenting the problems and we contribute solutions to society, we'll be celebrating Ocean Day in a far more positive manner than we will otherwise be doing.

Sputnik: What can you say about the state of coral? We hear about the Great Barrier Reef, what's going on with that? Can you outline for us some of the positive dynamics?

Carlos M. Duarte: In terms of positive news regarding habitat, since the second half of the 20th century, we lost about 30-40% of major habitats like mangroves, sea grass meadows and the salt marshes and more recently coral reefs. But if we look at the loss rates, for many of these habitats, the loss rates have been reduced and now the losses have stopped. For instance, around Europe we just documented that in the first decade of the century there's been actually a net gain in the sea grass area. So not only have we stopped the losses, but we have reversed the trend and started to see some improvements and increases in salt marshes, sea grass, and mangroves. In corals, the main challenge is the difficulties in the impact with further warming and climate change. But the possible glimpse of hope is that first this is not occurring across the entire globe, so for instance, in the Red Sea, water temperatures are already very high and that's where I do in my research: there, the corals are extremely resilient to very high temperatures.

So by understanding how they can cope with the temperatures 5-7 degrees above those that cause mortality elsewhere, we might be able to manage the future of the other corals in a more positive way. And we've heard about the devastating impact of El Niño warning events on the corals in the Great Barrier Reef, but what we need to communicate also is that there's now evidence of a very healthy recovery only a year and a half after the breaching occurred.

Sputnik: What's the most important thing to concentrate on? This year's Ocean Day concentrates on plastic waste. Is that the biggest threat to oceans right now?

Carlos M. Duarte: No, plastic waste is the one that has gained a lot of popularity but it's by far not the most important problem of the ocean at all. But it's one that is visible to the public because many other pollutants we just need highly sophisticated technology to attain them but a plastic piece in the ocean everybody can see. So that's the power of plastic pollution in terms of raising awareness: we need to build on that awareness to address the whole problem of pollution, but we are now [underscoring] that removing the pressure that we put on the ocean is not enough, and we need to intervene in a mode that is scientifically sound and generates benefits for society.

One of the interventions where we have already demonstrated success is in our capacity to recover habitats. But on some of the fronts, the news that I can convey can't be so optimistic. That would be climate change, where there's really no evidence that we're changing our trajectory; we continue to emit massive amounts of greenhouse gases and we might take a lot of action on habitat restoration but if we don't address the impact on the climate system then those other efforts might be wasted. So we need to also tackle this problem, that possibly is more difficult but also more pressing than plastic pollution, for instance.

000000
Popular comments
Ah, the house of al Saud speaks! A desert country with little or no maritime presence or marine expertise telling the world how great the oceans are. What about Fukushima? I don't find any comment on that on-going disaster. What about large oil tanker spills? No? Just some tripe about 'global warming' and how 'somebody' needs to do something about it. Sputnik, I appreciate your presenting us with a wide range of views but do you really expect anything of value from the house of Saud?