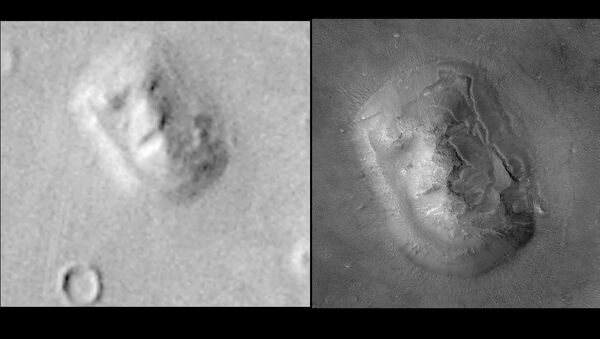 WASHINGTON (Sputnik) - The best evidence that life once existed on Mars has been revealed in 3-billion-year old organic matter in rocks and cyclical emissions of methane from the planet’s surface, NASA scientists disclosed on Thursday in a press conference explaining recent discoveries by the Curiosity rover.

"What the organic detections in the rock do is to add to the story of habitability. It tells us that this ancient environment on Mars could have supported life," NASA biochemist Jennifer Eigenbrode said. "Everything that was needed to support life was there. But it doesn't tell us that life was there."

Organic molecules serve as the building blocks of life while most of the methane in Earth's atmospheric comes from animal and plant life, scientists explained.

Scientists, however, noted that the evidence of ancient life is far from conclusive because methane — released from the planet's surface — and organic molecules can also be created from chemical reactions without life being present.

The Curiosity rover, a mobile chemistry lab about the size of a car, has been exploring Mars Gale Crater and surrounding mountains for nearly six years. The crater is believed to have once been covered with water.