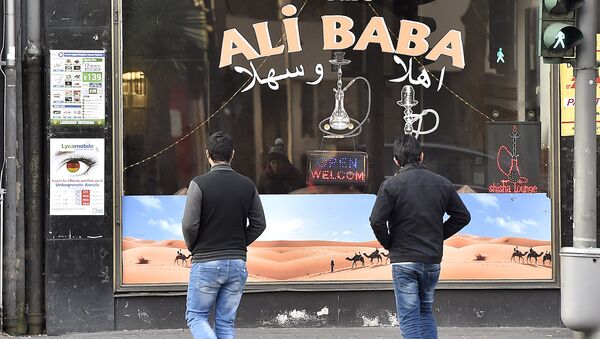 The case is yet another reminder of the grave refugee crisis raging in Germany since 2015.

Two men, of Iraqi and Turkish origin, who lived at homes for asylum seekers in Wiesbaden, Germany, have been identified as suspects in a murder case involving a Jewish girl, according to The Times of Israel. German authorities have yet to confirm the report.

The 14-year-old girl, Susanna F. from Mainz, came into the spotlight after she had been reported missing on May 22. According to the prosecutor’s office, the aforementioned men are suspected of having raped, murdered and buried her body on the day she went missing. Susanna’s rabbi, Aharon Ran Vernikovsky, said that the community would do everything they could to extend support to the girl’s family.

"A young life was ended in a gruesome fashion," a statement by the Mainz Jewish community read. "Our deepest sympathies are with family and friends. Susanna was a member of the Jewish Community Mainz."

This 14 years old jewish girl Suzana Feldman from the city of Mintz in Germany she was found today dead after she was raped and strangled to death a Turkish migrant was arrested and two migrants from Iraq are still on the run why the hateWhy is it always from the same religion? pic.twitter.com/KpECqmRcOH

It is not clear what motives the suspects pursued and whether the rape and murder will be investigated as a hate crime.

According to the police, the Iraqi citizen was reported as a possible perpetrator by a teenage refugee boy, who had essentially told the police that Susanna had been raped and killed.

Ali Basar, the Iraqi suspect, appears to have abruptly left Germany last week, flying to Erbil, Iraq, via Istanbul. Having allegedly arrived in Europe in October 2015, he was a suspect in an array of previous offenses committed in the area, including a robbery. He is also believed to have attempted appealing his rejected asylum application. The Turkish suspect was detained on Wednesday.

The murder is yet another case reflecting tensions concerning the massive flow of migrants to Germany between 2015 and 2016, a crisis that had propelled the German right-wing Alternative for Germany party into the German parliament last year.

In a separate case reported yesterday, a number of German politicians demanded that the authorities pursue a more decisive line of action with regard to potentially dangerous individuals, whose deportation has been hindered due to red tape in their home countries.

A few days earlier, an inquiry had been launched into the activities of the Bremen office of the Federal Office for Migration and Refugees, which had reportedly allowed over 80 migrants to cross Germany's borders since 2000 instead of handing them over to the authorities for checks. The office was banned from processing any further asylum requests and a probe against its former head has been launched in the country, which has been deeply engulfed in a refugee and terrorist threat-related crisis.