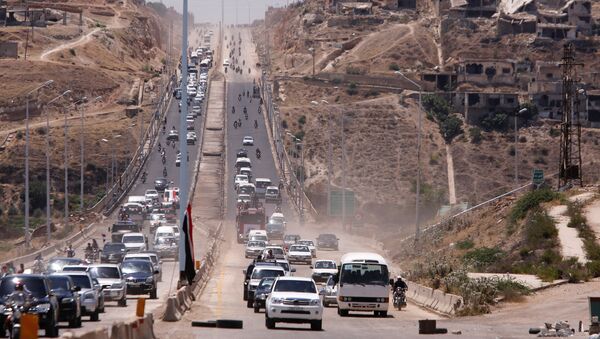 BEIRUT (Sputnik) - A highway connecting the Syrian provinces of Homs and Hama was reopened after seven years of closure due to the activity of terrorist groups operating in the area, SANA reported on Wednesday.

According to the agency, engineering brigades have completed work at the 47 kilometers long highway (29 miles).

The Homs-Hama highway and a number nearby settlements came under the control of the Syrian government army about a month ago as a result of arrangements on withdrawal of radical groups from the north of Homs province and the south of Hama. The highway between the two provinces, which is located in central Syria, is considered to be a strategically important site from an economic point of view. 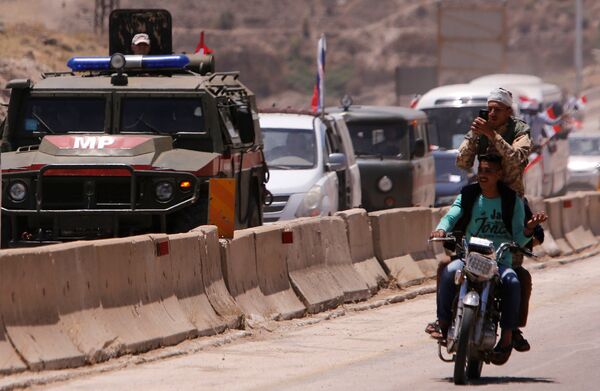 A Syrian soldier takes selfies pictures as Russian military vehicle is seen in convoy during re-opening the road between Homs and Hama in Rastan,Syria June 6, 2018
© REUTERS / Omar Sanadiki

After the highway reopening, motorists waved Syrian flags while driving the road, marking the victory of President Bashar al-Assad's forces, which managed in recent months to gain back control of all pockets of militants around the country's capital, as well as along the highway, which has been sieged for years. 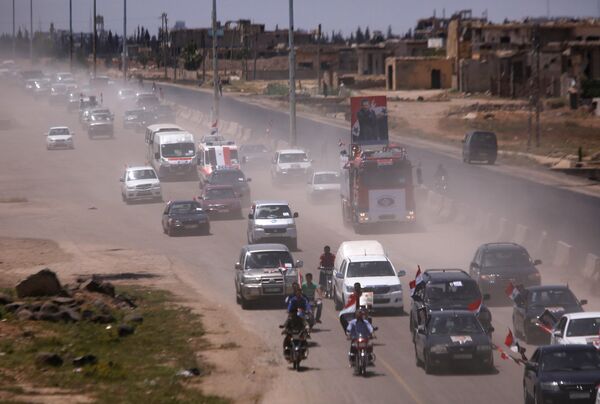 People celebrate the re-opening of the road between Homs and Hama in Talbisi, Syria, June 6, 2018
© REUTERS / Omar Sanadiki

The Syrian government troops with the support of the Russian Aerospace Forces have made significant progress in liberating key parts of Syria from terrorists since the beginning of this year.