US Treasury: Allies Must Crack Down on Funding of Iran's Malign Activities 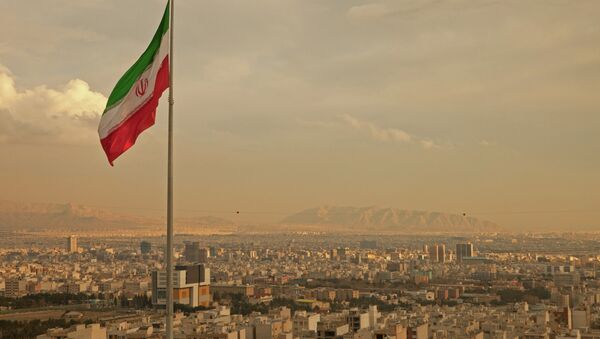 WASHINGTON (Sputnik) - Countries around the world should be aware of secondary sanctions risks in case they grant lading permits to Iran’s airlines designated by the United States, US Under Secretary of Treasury for Terrorism and Financial Intelligence Sigal Mandelker said on Tuesday.

"Countries and companies around the world should take note of the risks associated with granting landing rights and providing aviation services to the airlines used by Iran to export terrorism throughout the region, including the risks of our secondary sanctions," Mandelker said an event in Washington, DC.

Mandelker also urged representatives of the aviation industry to be vigilant and implement appropriate measures to avoid risks.

Sigal Mandelker also said that US allies must harden financial networks and do more to ensure local businesses are not funding Iran’s malign activities.

"You must harden your financial networks, require your companies to do extra due diligence to keep them from being caught in Iran’s deceptive web," Mandelker said.

US Anti-Iran Sanctions Put EU Companies at Risk: What Do They Say?
She also called on the private sector to take additional steps to ensure their companies are not being exploited by Iran and its proxies to support their "nefarious activities."

The Treasury official promised that the United States will keep maximum pressure on Iran until it ends its destabilizing actions and ends its support for Hezbollah, the Houthis, and Syrian President Bashar Assad’s government.

On May 8, US President Donald Trump announced that his country would exit the Joint Comprehensive Plan of Action (JCPOA), the legal framework that governs Iran’s nuclear program. In addition, Trump decided to re-instate previously lifted sanctions on Tehran, a unilateral move opposed by other signatories.

The JCPOA was signed in 2015 by Iran, the European Union and the P5+1 group of countries — China, Germany, France, Russia, the United Kingdom and the United States. The deal stipulated the gradual lifting of the anti-Iranian sanctions in exchange for Tehran maintaining the peaceful nature of its nuclear program.