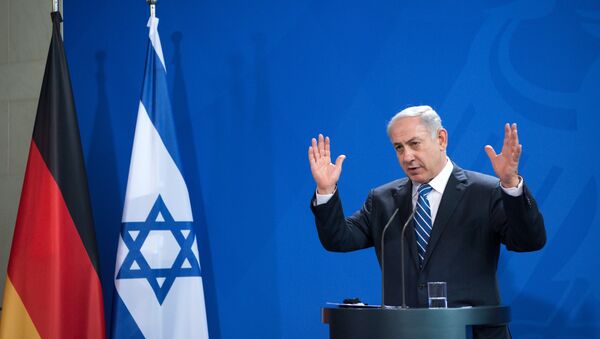 After months of political turbulence in the Middle East, Israeli Prime Minister Benjamin Netanyahu will visit Germany, France and the UK this week, for diplomatic talks with their respective leaders in an effort to improve the somewhat faltering relations between Israel and the EU.

It will certainly not be easy for Netanyahu, as the EU have stood firmly behind the Iran nuclear deal despite US pressure, with Israel also facing widespread criticism regarding recent military actions in the Gaza Strip. Sputnik spoke with Dr Moshe Behar, Senior Lecturer in Israeli Studies at the University Of Manchester for more insight on the issue.

Sputnik: Will Netanyahu have any success in persuading European leaders to agree to the Israeli and American stance towards Iran?

JCPOA is 'Zero-Sum Game' for Israel, While EU Looking for a 'Formula' - Scholar
Dr Moshe Behar: I doubt it very much. Officially for sure they are not going to subscribe to the American and Israeli view as too much is at stake, so they will have to agree to disagree, I’m sure that’s going to be the outcome.

Sputnik: What other objectives will Netanyahu have for his trip?

Dr Moshe Behar: He will try to ease the tensions that in some respects do emerge between Israel and Europe as a consequence of the continued Israeli settlement process that are supported by the Americans in practise.

In some ways he has been quite successful, as the test is; what is it that the European Union and Germany in particular are doing practically to register their opposition to Israeli policies and in some respects they don’t do much, apart from making declarations.

From Netanyahu’s perspective he will consider himself to have been successful in terms of maintaining cordial relations with the EU so far.

The views and opinions expressed by Dr Moshe Behar are those of the speaker and do not necessarily reflect those of Sputnik.