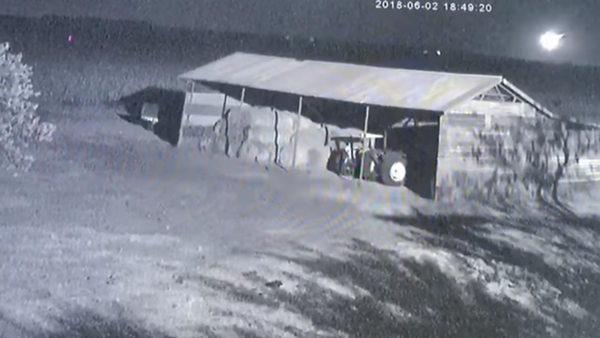 Footage of the asteroid's demise was later shared online by South Africans Barend Swanepoel and Melissa Delport. Both Swanepoel and Delport had their security cameras stationed on properties along South Africa's northern border with Botswana.

​"The discovery of asteroid 2018 LA is only the third time that an asteroid has been discovered to be on an impact trajectory," Paul Chodas, manager of the Center for Near-Earth Object Studies (CNEOS) at NASA's Jet Propulsion Laboratory in Pasadena, California, said in a Sunday statement. "It is also only the second time that the high probability of an impact was predicted well ahead of the event itself."

​Prior to 2018 LA, officials were able to predict the impact of asteroid 2008 TC3 in Sudan and asteroid 2014 AA over the Atlantic Ocean in October 2008 and January 2014, respectively. Space.com reported that 2008 TC3 was spotted some 19 hours before impact while 2008 TC3 was discovered just a few hours prior.

All three asteroids were first spotted by the Catalina Sky Survey, based in Tucson, Arizona. Once Catalina scientists contacted the Minor Planet Center and calculated a preliminary trajectory for 2018 LA, officials with CNEOS were brought in to confirm the asteroid was on a collision course with Earth.

With the asteroid estimated to be roughly six feet across, officials stressed that 2018 LA was too small to cause damage like that seen in 2013 when an asteroid roughly 56 feet wide exploded over the Russian city of Chelyabinsk. The explosion caused more than 1,000 people to be injured by broken glass from blown-out windows.