'Get Some Skirts': UK School Orders Boys to Wear Skirts Instead of Shorts 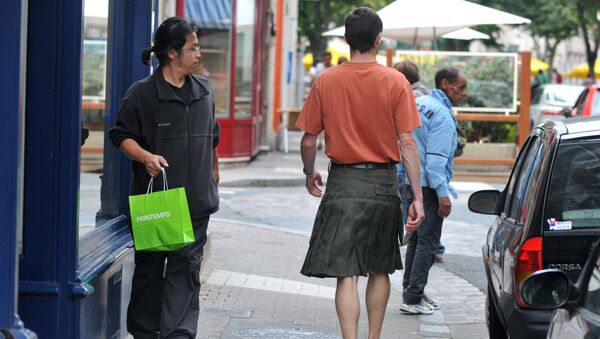 The Chiltern Edge secondary school in Oxfordshire, UK has introduced a new uniform policy which stipulates that pupils – both boys and girls – are only allowed to wear trousers or skirts, the Independent newspaper reported today.

“I was told shorts are not part of the uniform. It’s a shame we can’t be more grown up about it, we aren’t asking for ra-ra skirts or skinny jeans, just grey tailored shorts for two months a year, it’s not a big deal,” a parent told the Daily Mail, expressing his anger at the new, controversial uniform.

Brits have taken to social media to ridicule the school’s new uniform guidelines, describing it as "mad" and questioning if it's a step too far.

I keep getting new proof the world has gone beyond mad! https://t.co/c9crvMRQsF

You heard them, boys, get some skirts https://t.co/3KhH8ub2Hf

And the madness continues https://t.co/W14WUfUfib

Would you send your children to school that makes decisions like this? This is absolutely ridiculous. https://t.co/vO2VAn57tk