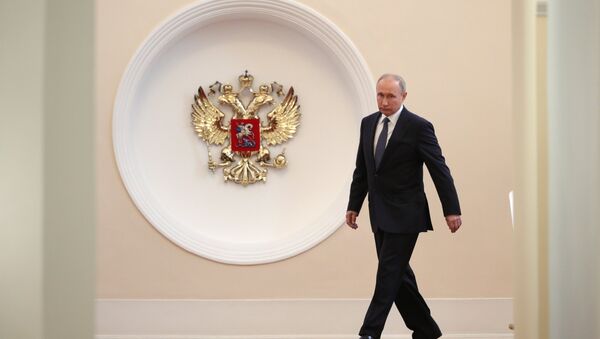 Russian President Vladimir Putin said that his meeting with US President Donald Trump had not taken place yet due to the domestic political struggle in the United States.

"You should ask our US partners about it. In my opinion, it is a consequence of the bitter domestic political struggle in the United States," Putin said in an interview to the ORF broadcaster.

Vladimir Putin has said that he shares the US president's concern about a new arms race and expressed hope that they would together think of ways to prevent it.

"In one of our recent telephone conversations, Donald said that he was concerned about the possibility of a new arms race. I completely agree with him. We are not the initiators of such a development of events, as you know, we did not withdraw from the Anti-Ballistic Missile Treaty," he stated.

At the same time, the Russian president noted that he and Trump had met repeatedly in various international forums and regularly maintained telephone communication.

US Intelligence Indirectly Confirms Existence of Russia's Hypersonic Weapons
The treaty on the limitation of anti-ballistic missile systems or the Anti-Ballistic Missile (ABM) Treaty was signed by the US and the USSR in May 1972. Its term was not limited, but the contract could be terminated at any time. In 2001, Washington announced its withdrawal from the treaty, and in 2002 the agreement on missile defense ceased its work.

Russian Foreign Minister Sergei Lavrov recalled that after the US withdrew from the ABM treaty, Moscow tried convincing Washington of the harmful nature of this step and to create a mechanism for joint consideration of issues of protection against ballistic missiles.