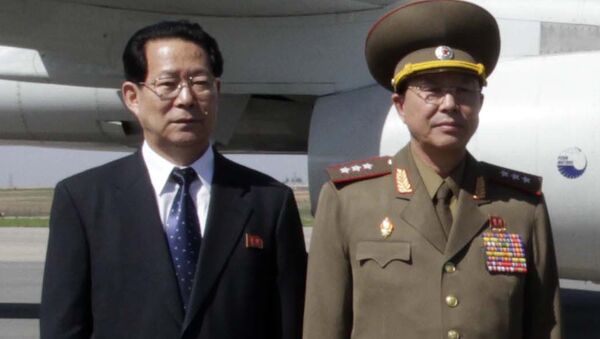 North Korea has reportedly overhauled the highest echelon of its military, replacing its three top military officials. One of the new appointees, Ri Yong Gil, must be particularly pleased at his promotion, as he was reported to have been executed in February 2016.

News of the shakeup came from South Korea's Yonhap News Agency, which spoke with an unnamed "intelligence source" that provided the information.

Ri Yong Gil's was reported to have been executed for "factionalism, misuse of authority and corruption," based on the testimony of a North Korean defector, in February 2016. Then a report on May 10, 2016, by North Korean state media included a photograph of him very much alive and listed him as a member of the Workers' Party central military commission. Government and military officials in Seoul had previously said Ri was killed but shortly updated the claim.

"North Korea officially publicized Ri's photo and recent state, so we came to believe that he was not executed," one such source told CNN.

Testimonies by defectors from the DPRK frequently collapse when put under the microscope. Part of the problem is that the South Korean government pays them large sums for sharing their stories and they're also paid hourly for talking with the media. Moreover, extra cash incentives exist for especially grotesque tales.