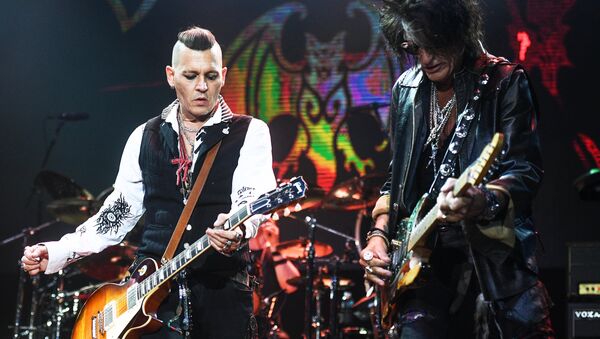 Hollywood heartthrob Johnny Depp has recently sparked fear amongst his fans because of his pale and gaunt appearance during his band’s European tour.

The photographs in question were taken with his Russian fans when he was visiting St. Petersburg.

Although the 54-year-old actor posed for the photos and was seen smiling, fans said he looked ill.

​The fans took to social media to say that Depp looked very thin and pale. Others even said that they could barely recognize him.

In another photo, taken earlier in the week in Moscow, The Pirates of the Caribbean star was seen wearing sunglasses and a hat while posing in a museum. That image also raised more concern among his fans, with some calling him ”sick’ and ”weak.”

​Depp, who is a fan of Russian poet Vladimir Mayakovsky, left a note after visiting a state museum, saying “I have been completely humbled by your hospitality and such proximity to the genius of Mayakovsky. All my respect, Johnny Depp.”

​He was in Russia as part of the European tour of Depp’s rock band The Hollywood Vampires.