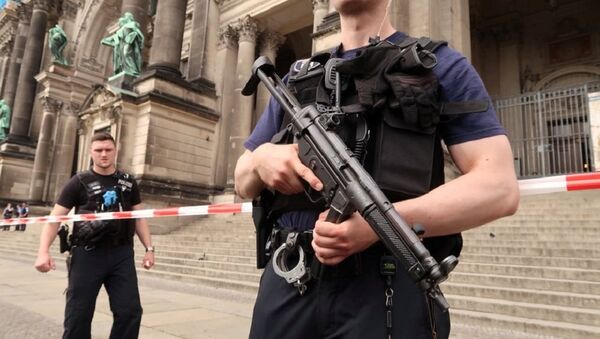 A policeman has shot a man "rampaging" at Berlin Cathedral, German police said in a tweet on Sunday.

According to the Bild newspaper, one of those injured was another police officer.

It's not clear, whether anyone else has been hurt in the incident.

The circumstances of the incident remain unclear. According to AFP news agency, the entrance to the cathedral has been cordoned by the police, while several officers have been patrolling the scene of the incident.

According to the police, the incident isn't being treated as an attempted terrorist attack.

"The suspect is a 53-year-old man. There are no grounds to assume that the incident had a terror or an Islamist motive," the police wrote on Twitter.

They also said that the rampaging man was armed with a knife. About 100 people were inside the cathedral during the incident. The suspect and a police officer are hospitalized.