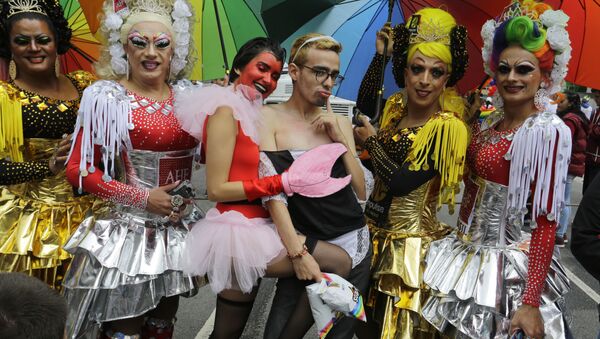 As Germany’s president on Sunday publicly asks for forgiveness for the long term suffering and injustice endured by gays due to repressive laws in Germany - both in the Nazi era and following World War II - a new scientific study has found that persons with low cognitive ability are more likely to be prejudiced against against same-sex couples.

Right-Wing Slovenian Democratic Party Wins Parliamentary Election - Exit Polls
A new study from researchers at University of Queensland, Australia, has identified that those with low cognitive ability — defined as diminished mechanisms of learning, memory, problem-solving, and attention focus — are much more likely to be prejudiced against people with different lifestyles, notably sexual orientation.

Participants in the exhaustive research project who scored low in three cognitive ability measures were consistently found to disagree with statements supporting equal rights for same-sex couples and the LGBT population, according to Inquisitr.com.

The study, titled "The Cognitive Roots of Prejudice Towards Same-Sex Couples: An Analysis of an Australian National Sample," was published in the peer-reviewed journal Intelligence, and is claimed to be the first deep analysis of the relationship between low cognitive ability and attitudes toward LGBT issues.

Earlier clinical research has indicated that a lower level of intelligence during childhood can predict whether an adult will display an anti-homosexual prejudice, particularly in instances of a right-wing ideological background, notably detailed in the Brock University study "Bright Minds and Dark Attitudes," published in the monthly peer-reviewed journal Psychological Science.

The Queensland study analyzed data acquired from over 11,600 Australians participating in a Household, Income and Labour Dynamics in Australia survey that sought, in part, to detail family dynamics, as well as identify economic and emotional well-being in the nation.

In a statement, study author Perales noted that, "despite the significance […] of the subject matter, few studies have specifically addressed the links between cognitive ability and attitudes towards LGBT issues."

German President Frank-Walter Steinmeier, in his Sunday apology to gays in Germany, appeared to respond to the new Queensland study findings, stating, "I'm asking for forgiveness today, for all the suffering and injustice, and the silence that followed."

Steinmeier asserted that "all gays, lesbians and bisexuals, all queers, trans- and intersexuals" are protected in today's Germany, cited by the Associated Press.