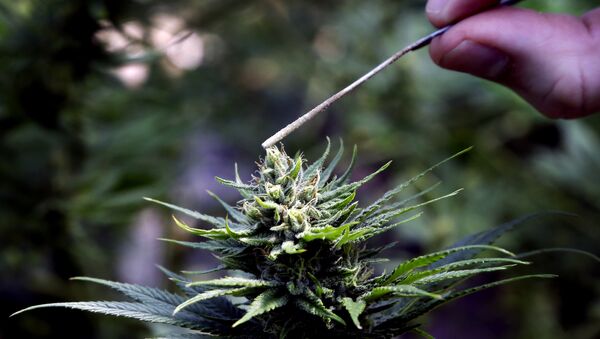 As the US and Canada move inexorably toward complete legalization of marijuana for both medical and recreational uses, increasing numbers of UK residents are favoring the end of pot prohibition in the island nation, particularly after a new report details the enormous tax windfalls available to London.

Asserting a tax assessment that would provide the UK government with staggering new sources of cash, a new report by international development organization Health Poverty Action (HPA) promises an additional $1.3 billion to $4.67 billion annually in tax revenues following the repeal of the long-standing prohibition on marijuana use in the nation.

In the new report, HPA describes the legalization and regulation of pot in the UK as an "idea whose time has come," pointing out that a tax windfall can also be used to shore up the budget for the nation's beleaguered National Health Service (NHS), according to the Guardian.

"From our perspective, it's about regulating the market to improve public health outcomes and create a safer environment. But we can see the potential benefits from a taxation perspective," Horsfield observed.

The HPA study noted that decriminalizing pot use would quickly act to reduce pressure from an enormous backlog of drug cases currently slowing police work and the court system in the UK.

Current data from regions with legal cannabis markets — including the nine US states that have completely legalized the plant's use — reveals that the move will be a considerably larger cash cow than detractors warn, as even a $3 billion median-point guess between the two UK pot tax windfall estimates would still be more than sufficient to eliminate an estimated $2 billion 2018 NHS deficit.

The HPA report notes that pot would be taxed in the same way as tobacco, and, while offering the more conservative tax windfall estimate, still asserts that "a legal recreational cannabis market is likely to bring at least $2.67 billion annually, and it could be much more," cited by the Guardian.

A recent UK poll noted that 47 percent of respondents support selling regulated cannabis. When the poll queried those aged between 18-44, support rose to 52 percent. After legalization has been introduced, support for marijuana use rises in polling, according to US data cited by The Guardian.

Currently, recreational pot is legal in Uruguay, Spain and in nine US states, including the world's fifth largest economy, California. Reports indicate that Canada will see the legalization of marijuana use this year.