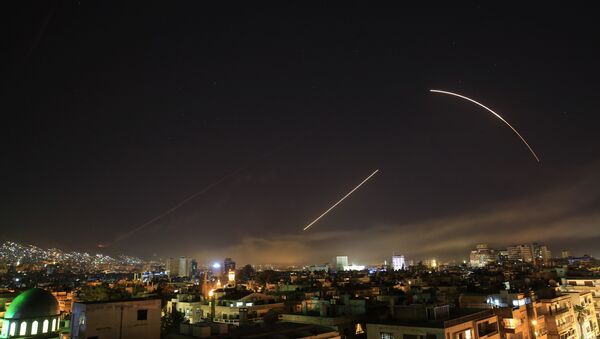 As many as eight civilians were killed in the northeastern Syrian province of Hasakah in an airstrike carried out by the US-led international coalition, local media reported citing a local source.

"The 'international coalition’ has committed another massacre, which killed eight members of a family in Dib-Haddadj village on the south-east of the Hasakah province," the source said, as quoted by the SANA news agency.

US-Led Coalition Strikes 2 Syrian Villages, up to 17 Civilians Killed - Reports
This is yet another incident with civilian casualties in Hasakah involving the US-led coalition. On May 1, the coalition's airstrikes in the province reportedly left more than 25 civilians killed and over 100 injured and inflicted serious damage to infrastructure. On May 12, Syrian media reported another coalition airstrike in Hasakah, which left at least nine people killed.

Russia, which has supported the forces of Syrian President Bashar Assad in their fight against terrorism, has repeatedly emphasized that the actions of the international coalition in Syria had not been authorized by Damascus.