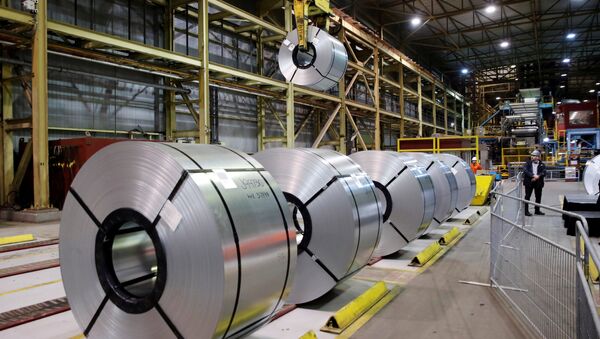 © REUTERS / Mark Blinch
Subscribe
America can't possibly make enough of both metals to meet its own demand, experts argue, adding the trade war, once it has kicked off, will only escalate.

On Thursday, the US authorities made a shocking announcement that the previous exemption from duties on metals that Canada enjoyed was set to be revoked, and the nation, alongside the European countries and Mexico would have to pay a 25 percent tariff on steel and a 10 percent duty on aluminum imports, beginning June 1. The countries in question have assured that they will respond in kind.

Although it is "a big trouble for Canada," according to Peter Warran, a steel expert at the University of Toronto cited by CBC, the move may also hit the US itself, since about one-sixth of high quality steel imports come from Canada, statistics from last year suggested. The major US steel mills are reportedly outdated and cannot produce some specific types of steel used in high-tech and aerospace production. Meanwhile it takes a great amount of time and effort to set up new mills and get them operating.

Road to Hell is Paved With Good Intentions

When Donald Trump first proposed the tariffs, he stated that the move was a bid to bring jobs back to the Land of the Free, stressing that it would also help to avoid trade arrangements that would not play into US hands. However, Michael Hudson, president of the Institute for the Study of Long-Term Economic Trends and author of "J is for Junk Economics: A Guide to Reality in an Age of Deception," argued that Trump's steep tariffs are ill-advised.

Speaking to Sputnik Radio he suggested that tariffs would not lead to better employment rates in the nation, “because you can't bring manufacturing back to the United States." He went on to say that the effect would be quite the reverse: 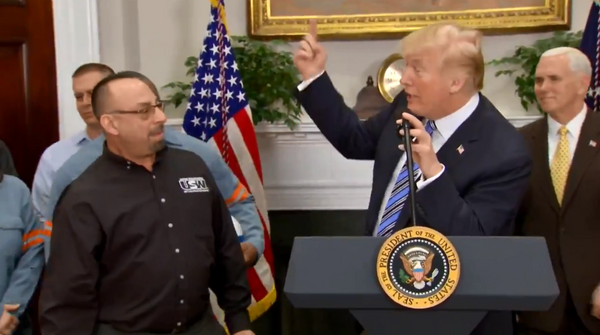 US President Donald Trump speaks with Scott Sauritch, the president of the United Steelworkers Union local 2227, prior to signing new tariffs measure on steel and aluminum imports.
© Screenshot/ NBC News

Speaking to CBC, New York-based steel analyst Chuck Bradford elaborated on the subject, stating the sole impact of the move is a spike in prices:

"Steel prices are going to go up, and by a lot," Bradford said. "The data that was presented to Trump by the Department Of Commerce was incompetent."

He went on to say that the US companies would likely match that price hike and pocket the difference, calling the scenario “the law of gravity.” "What happens in the short term is American prices rise and Canadian production falls," Warrian said.

Given the reports on tit-for-tat measures initiated by Canada, Mexico and China to name a few, more and more economists have voiced concerns about a trade war scenario:

"This is how you get into a trade war," Warrian said. "It starts with steel and it winds up in Gucci."

Glimmer of Hope for Canadian Manufacturers

Michael Manjuris, professor and chair of global management studies at Ryerson University, called Trump's tit-for-tat a transparent attempt at playing misleading politics. However, he made a point of addressing the long-running US-Canada softwood lumber row. 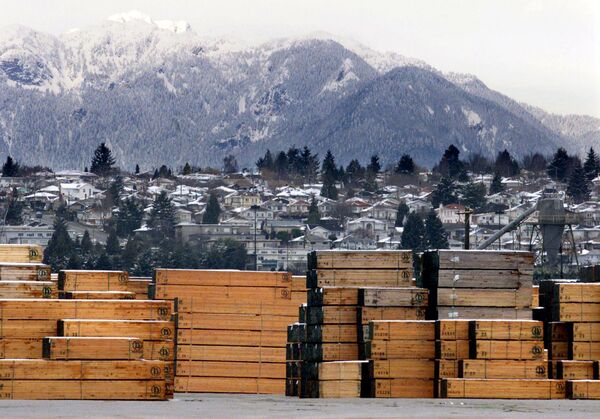 Although duties on the Canadian products have been there for decades, Canadian softwood lumber companies and other manufacturers have famously evolved into "world class" leaders selling a high quality product, the expert noted, adding that "import duties cause trade diversion."

In March, the United States introduced a duty on imported steel and aluminum. A number of countries, including those in the European Union, were exempted at first up until May 1 and then for one additional month, until June 1.

Around the same time, US Treasury Secretary Steven Mnuchin notably announced that the US and China had both put tariffs on the afore-mentioned metals on hold and agreed to talk over an upcoming trade deal.

Europeans leaders, including German Chancellor Angela Merkel and Austria’s Sebastian Kurz, have lashed out at the new US policies, with EC President Jean-Claude Juncker calling the current state of affairs "a bad day for world trade."

The Mexican and Canadian authorities weighed in the debate, saying the conditions are "unacceptable" and pledging to come up with retaliatory measures. Canada, for instance, announced its own tariffs against US steel, aluminum and other products amounting to $ 12.8 billion. In a separate move, Ottawa filed official complaints to the World Trade Organization (WTO) and the North American Free Trade Agreement (NAFTA) panel to address the US tariffs on Canada-produced metals.

READ MORE: Guns and Butter: How China's Military Buildup Relates to Trade War With US