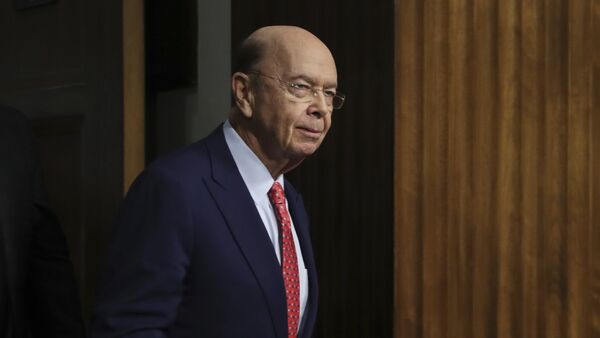 WASHINGTON (Sputnik) - Imposing new tariffs on steel and aluminum products to redress trade imbalances is not a sign of a trade war, but a reason to open discussions with partners on the matter, White House Economic Adviser Larry Kudlow said in an interview on Friday.

"It is not a trade war, it is a discussion," Kudlow told CNBC News. "We can fix this, but we gonna need the help of our friends."

However, US Commerce Secretary Wilbur Ross announced on Thursday that the United States will impose tariffs on steel and aluminum originating from the European Union, Canada and Mexico starting at midnight (5:00 a.m. GMT).

Trump's Trade Policies ‘Completely Backwards': Tariffs Won't Bring Jobs to US
Kudlow said during the interview the United States trade model has so far been effective while the strategies employed by other countries have not worked well.

In a separate interview with Fox Business, Kudlow called the international trading system outdated and emphasized the need for reform.