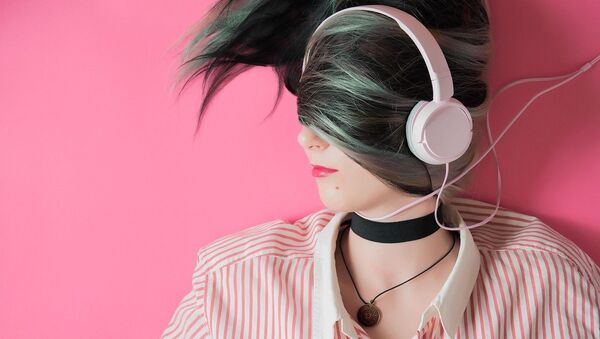 Denis Bolotsky
All materialsWrite to the author
Russia’s Skolkovo Foundation is hosting a two-day Startup Village conference for entrepreneurs from all over the world. Sputnik correspondent sat down with one of the guests - Tristan Pollock, an Entrepreneur in Residence at 500 Startups venture fund and the co-founder of Shisharka Skunk Works to talk about AI and the future of creative process.

Sputnik: You’ve been working with startups for many years. How important are the events like this one for small enterprises, and for the future business leaders?

Tristan Pollock: For startups, events like Skolkovo Startup village are incredibly important, because it gives people a chance to have these “spontaneous combustion moments”, they run into people who are interesting, you never know who you going to end up meeting, who can help you with different aspects of your business, who can invest in your business. And with my time at 500 Startups a lot of times we would find companies that we were going to invest in through startups events that we would go to, and attend, and speak, and host the competitions. It really is a nice way that lets see the breadth of the startup community in this particular region or city.

Tech Industry Veteran: AI Helps Humans Rather Than Replacing Them
Sputnik: You’re speaking about creative companies here at the event. Just how important is creativity in business nowadays and why?

Tristan Pollock: Creativity can span a lot of definitions: you have creativity, innovation. A lot of people think of creativity as the burst of creative moments that happen, and the innovation is the executing of those moments – the things that are essential to a startup. When I think about creative companies, I think about companies – and that’s kind of what my talk is about – is creating companies from people and places that you use to create your business. So what do companies do to nurture their employees, to give them space to have creative thought, to empower them, to do that through the actual physical spaces that they have. Think about Airbnb and how they create their conference rooms – like their host locations. So they have tree houses and tents, and teepees. And those are the break-out spaces, where people can go and work, and think about things.

Viral
'Robo-Hitler' Alarm: Musk's Fear of AI 'Immortal Dictator' Sets Twitter Ablaze
Usually 60% people get more creative when they work in a private space like that. Whether they are by themselves or with other people brainstorming – those sorts of spaces are really incredibly important for design of an office. I kind of throw out a lot of other examples of companies that have been doing this for a long time – like Google, like their “20% time” – one fifth of the person’s day or week can be spent on another project, which still benefits Google, but something they’re interested in. So I think it’s something that LinkedIn, or Microsoft, or a lot of other big companies have adopted, because they understand that if you want someone, who’s on your team, an employee with your company, to be empowered, and they’re going to have a lot of other side hustles, so why not give them an opportunity to do that for you, for your company. I think those things give people a creative outlet that most other companies actually do not do. But I’d like to see more of them, and that’s actually the point of having this talk today.

Sputnik: You’re also among the speakers at a session dedicated to “the next big thing” – something that people may develop in the next few years. When it comes to creative technologies, what could it be?

Tristan Pollock: In terms of creativity I’m interested in transformation of art. Some people say that art will be the one thing that artificial intelligence can never overtake – this kind of creative thought, this kind of “dirty messy mix of things” that come, that turns into a sculpture, a painting, or visualization. And I’m kind of curious to see how that’s challenged, I think you’ve seen the Prisma app, where you can make any photo a painting. It seems, it looks like such a simple thing – like a filter, or something like that, but some of these things are really changing how we look at things and how art is created. There is another company which is called Mubert, and Google has done some things with that – with AI creating music, and music that’s ever-changing, ever-playing. Everyone’s going to have their preferences. But when these things are going to take hold, you know, I’ll be like: “I’m buying a Drake CD, I’m buying a Diplo CD, and then I’m buying this AI-robot’s album”. So I think that’s something that I’m interested to see. I still wanna see art as creating, also curious to see what people will do with technology, and how they can make it create new masterpieces.