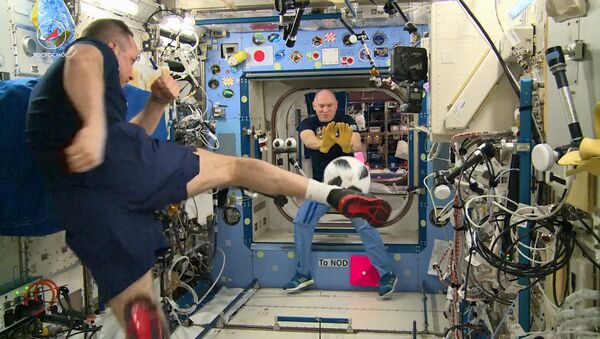 Russian cosmonauts Anton Shkaplerov and flight engineer Oleg Artemyev played soccer on board the ISS with a Telstar-18 ball, which will return to Earth on June 3 and open the World Cup 2018 in Russia.

Cosmonauts, dressed in T-shirts with the logos of the World Cup 2018, exchange passes in front of the Russian flag; the video was also shot using RT360  panoramic cameras .

Russia is preparing for the most important football event of the fourth year — the FIFA World Cup 2018, which will be held from June 14 to July 15 in 11 Russian cities: Moscow, St. Petersburg, Volgograd, Kaliningrad, Nizhny Novgorod, Yekaterinburg, Kazan, Samara, Saransk, Sochi and Rostov-on-Don.