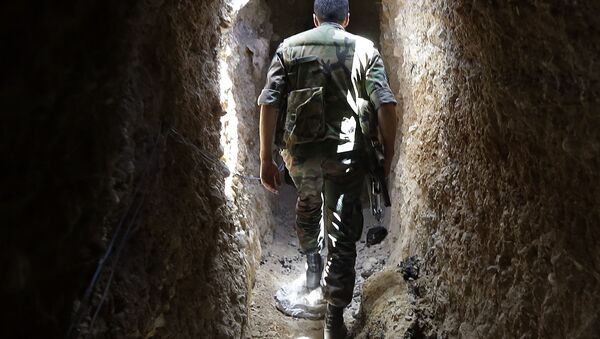 Syrian government forces have uncovered yet another large tunnel and a sizable cache of weapons as they continue sweeping recently liberated areas in southern Damascus.

Another tunnel and a “weapons depot” were recently discovered by the Syrian military in the southern suburbs of Damascus that were freed from terrorists last month, according to the FARS news agency and the Syrian Arab News Agency.

The discovery was made as government troops swept the townships of Yelda, Babila and Beit Sahem that were freed during a major offensive operation in May.