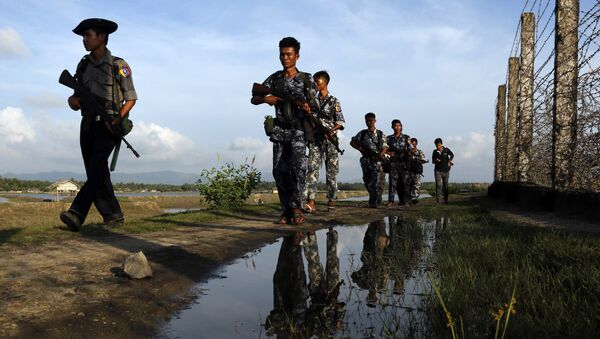 More than 100 suspected Bangladeshi drug traffickers have been allegedly killed and 9,000 have been arrested after Prime Minister Sheikh Hasina, on May 15, invoked tough anti-terror laws to do away with the drug menace, according to news reports.

New Delhi (Sputnik) — The war against drug-trafficking is the latest step taken by Bangladesh Prime Minister Sheikh Hasina who has invoked tough anti-terrorism laws to wipe out drug offenders, assuring the public that no one would be spared.

The Rapid Action Battalion in charge of the operation has claimed that all the people killed by its forces were "top drug traders," but has provided no evidence.

"We will rescue the country from the clutches of drugs just as we did in clamping down on militancy," Prime Minister Sheikh Hasina said.

We will rescue the country from the clutches of drugs as we did in clamping down on the militancy.
— #SheikhHasina#Bangladesh#SheikhHasinaQuotes pic.twitter.com/oTDlyNIPff

'Made in India' Pharmaceuticals Widely Abused in Neighboring Countries - Report
Comparisons have been drawn between Sheikh Hasina's tough stance on drugs and Philippine President Rodrigo Duterte's infamous drug war in which more than 12,000 people were killed in a shoot-to-kill campaign, although Bangladesh authorities have denied carrying out extrajudicial killings.

"Fears rise that the Duterte virus may have spread to Bangladesh, with 91 drug war killings in just two weeks," Kenneth Roth, the executive director of Human Rights Watch, tweeted.

Fears rise that the Duterte virus may have spread to Bangladesh, with 91 "drug war
killings in just two weeks. https://t.co/eBYnioODuY pic.twitter.com/ORP0Gta9rC

The Bangladeshi police estimate that around 7 million people, out of the country's population of 160 million, are addicted to drugs, mostly Yaba, a pill that contains caffeine and methamphetamine.

The government alleges that Myanmar is the main source of Yaba pills, as more than $40 million worth of pills enter Bangladesh annually from neighboring Myanmar.