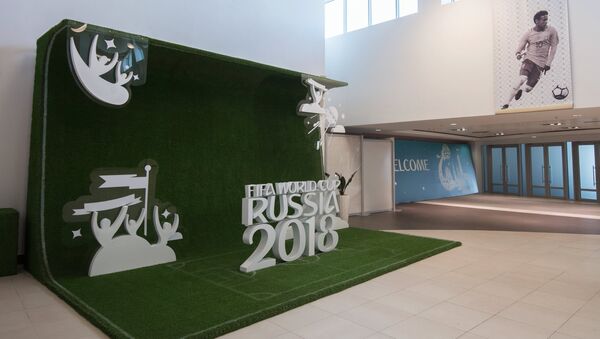 MOSCOW (Sputnik) - UK media try to sabotage the hosting of the 2018 FIFA World Cup in Russia with their speculative reports, which reflects the UK general policy toward Russia, the Russian Foreign Ministry's ambassador-at-large, Andrey Nesterenko, told Sputnik on Thursday.

"Regarding the reports in the British media, they may be connected with the general policy of the country's leadership, who want to prevent us from having a football fest in our country," Nesterenko said.

Earlier in May, the UK tabloid The Daily Star published an article containing quotes from anonymous UK football fans promising to start "world war three" and "wipe the floor with the Russian Ultras" during the 2018 FIFA World Cup.

"They claim there will be virtually a 'World War Three' [during the World Cup in Russia]  I think it's nonsense. It's made up by those who want nothing more than to sabotage our event, by those who speculate on various political topics," he said adding that the so-called Skripal case was exploited for the very same purposes.

Mexico to Deploy Mobile Consulates in Russia During 2018 FIFA World Cup
In March, the United Kingdom accused Russia of being involved in the attack on former Russian double agent Skripal and his daughter Yulia with the A234 nerve agent in the UK city of Salisbury. UK Prime Minister Theresa May later said that neither UK ministers nor members of the royal family would attend this year's World Cup.