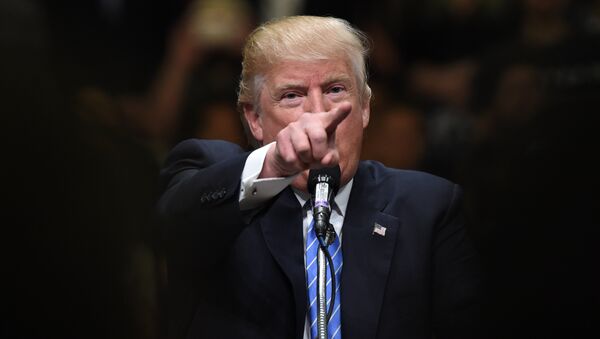 US Commerce Secretary Wilbur Ross told reporters Thursday that new tariffs of 10 percent on imported steel and 25 percent on aluminum would take effect by midnight and be imposed on three of the US' biggest trading partners - Canada, Mexico and the European Union.

Though the tariffs were first announced in March by US President Donald Trump, 45 at the time granted his trading partners an exemption, first until May 1 and then until June 1, Sputnik previously reported.

In response to the announcement that tariffs would soon take effect, Mexico, Canada and the EU immediately announced plans to retaliate with their own tariffs against American products. (Say it with me, folks: trade wars.)

​Speaking to Sputnik Radio's By Any Means Necessary, Michael Hudson, president of the Institute for the Study of Long-Term Economic Trends and author of "J is for Junk Economics: A Guide to Reality in an Age of Deception," suggested that Trump's steep tariffs are ill-advised.

"Tariffs are not going to create more jobs because you can't bring manufacturing back to the United States," Hudson told show hosts Eugene Puryear and Sean Blackmon. "If Americans got all their clothing, all their food, all their goods and services for free, they still couldn't compete with other countries because the economy has been so financialized that American labor has been priced out of world markets."

That's going to cook Trump's goose, considering when he first proposed the tariffs, he stated that the move was an attempt to bring jobs back to the Land of the Free, stressing that it would also help to prevent trade arrangements that failed to benefit the US.

"It's actually shooting oneself in the foot,' Hudson noted. "Trump has gotten his economics completely backwards because they're fed to him by right-wing think tanks."

The steel and aluminum tariffs come on the heels of negotiations between the Trump administration and China over trade penalties on those same metals.