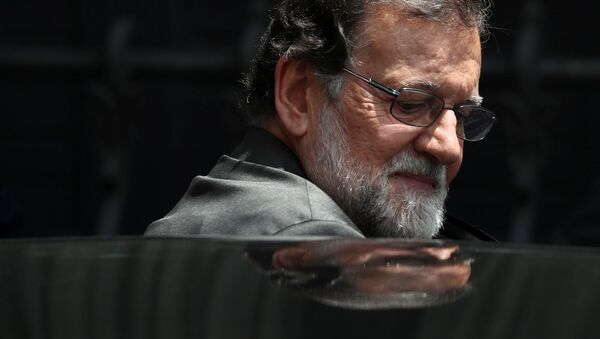 © REUTERS / Sergio Perez
Subscribe
Spain’s prime minister, Mariano Rajoy, is currently under investigation over allegations of corruption and other forms of wrongdoing by his party. This morning, he addressed the country's lower house of parliament as part of a two-day proceeding, which will ultimately determine the official's future.

Spain’s Legal System ‘on Trial’ as Catalonia Elects Pro-Independence President
The motion was initiated, following a recent court ruling, which found several officials of Spain's People's Party guilty of embezzlement, tax evasion and numerous other offenses. The party itself has been fined by Spain's High Court last week for its involvement in the "corruption scheme."