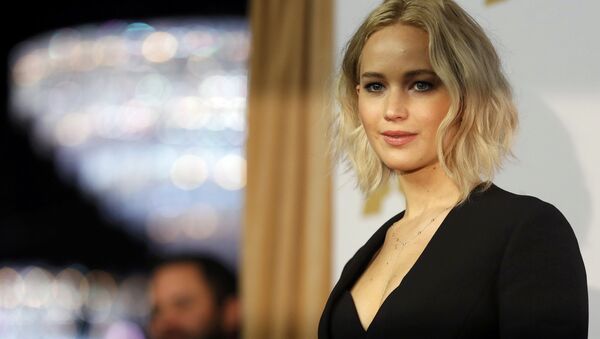 © REUTERS / Mario Anzuoni
Subscribe
International
India
Africa
Where one movie fan saw a true-to-life prop from a Hollywood blockbuster, a Twitter user detected an opportunity to make fun, claiming someone had used the ID of a Russian spy, recently played by Lawrence, for an illegal scheme.

A shot from the recent spy action “Red Sparrow” with a passport of the Russian spy, played by Hollywood’s “A list” actress Jennifer Lawrence, has been praised for its believability in an unconventional way.

According to the user with the nickname “English Russia,” one can easily use it for some illegal schemes.

Dude watches a Blu-ray version of a Red Sparrow movie, sees a Russian passport of a protagonist played by Jennifer Lawrence. He puts it into online micro loan application and gets approved, received a loan. pic.twitter.com/SvEchYA30k

The idea, which got thousands of likes and comments, amused Twitter users. Some of them fell for the post, others insisted on providing more evidence other than print-screens of the passport.

This is cool and hilarious but would love a source🤷

​​There were those who tried to expose the deception, claiming one document was insufficient…

Amusing story, but that would never be used as sole documentation for a loan.

wow and he managed to do it using Windows 95, truly amazing in and of itself tbh

The most surprising is possibility to use an “external” passport. I’m not sure it’s possible

​…or pointing to the suspicious details.

haha…hungarian desktop on the second pic;]

However, most of them just had fun, praising the idea, with words and Gifs.

Now Jennifer Lawrence is one the hook to pay back the loan.