Russia, US Could Restore Damaged Relations Through Arms Control - Analysts 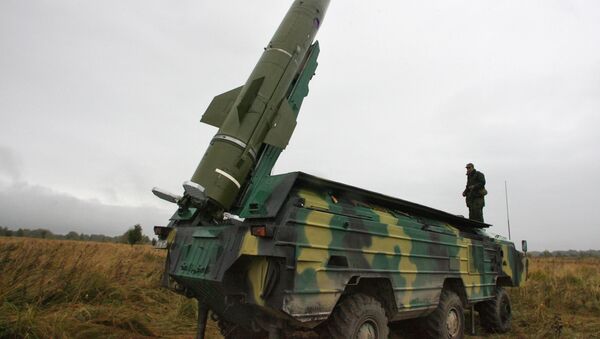 MOSCOW (Sputnik) - The area of arms control could serve as a baseline for Russia and the United States to start mending their "damaged relationship," experts said on Wednesday at the Primakov Readings summit in Moscow.

In the Cold War era, arms control agreements helped to relieve the pressure in the relationship between the Soviet Union and the United States and limit the nuclear arms race.

At the end of SALT I, the first round of Strategic Arms Limitation Talks, in 1972, the sides signed the Anti-Ballistic Missile (ABM) Treaty and the Interim Agreement on strategic offensive arms. In 2002, the United States withdrew from the ABM Treaty.

START I was signed in July 1991 and established a limit of 1,600 delivery vehicles and 6,000 warheads for each side. In April 2010, Russia and the United States signed the New START treaty, which requires the parties to limit the number of their deployed strategic nuclear warheads to no more than 1,550 and 800 deployed and non-deployed launchers and heavy bombers.

"With so much of the US-Russia relationship now damaged and broken, we should see arms control, as it was during the Cold War, as a principal avenue to begin to turn that situation around, to make arms control at least a political example where the United States and Russia can work together for mutual benefit," Richard Burt, the managing partner at McLarty Associates and ex-chief negotiator of the Strategic Arms Reduction Treaty (START I), said at a panel discussion titled "Is there a future for arms control?"

Similarly, Pierre Lellouche, the former French secretary of state for foreign trade, who was also present at the panel session, suggested that the United States and Russia could continue their commitments under the START treaty.

"The United States and Russia may continue [their commitments], and I think it can be done… The START treaty can be prolonged to 2021," Lellouche stressed.

At the same time, Burt suggested that Moscow and Washington could experience the difficulty in reaching consensus on arms control due to a number of internal political issues in the United States under the administration of President Donald Trump.

"In case of President Trump, who has historically supported better ties with Russia, he has found himself in an administration with a group of very skeptical advisers [with regard to] Russia and with the Congress that doesn't trust him on his ability to manage relations with Russia. So he has lost control of Russia policy. This is a scary development," Burt noted.

Russia to Create New Electronic Warfare Systems After US Missiles Study - KRET
Meanwhile, Lellouche pointed out that the revival of the ABM treaty could help the sides move forward in the area of arms control.

"It would be wise to reconstruct the ABM treaty because it is essential to the stability of the world," he said.

The two-day Primakov Readings kicked off on Tuesday. This year, 65 internationally renowned foreign experts from 22 countries, along with 600 Russian politicians, diplomats, businessmen and experts take part in the summit.