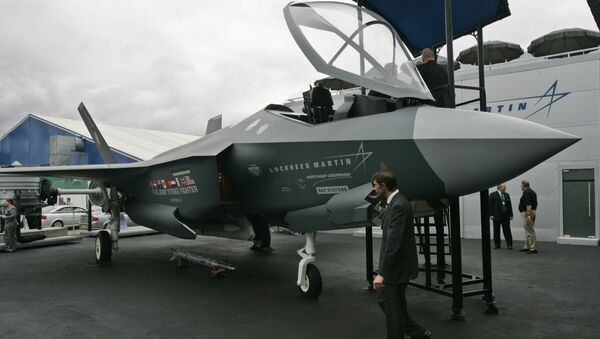 Tel Aviv is reportedly attempting to maintain a qualitative edge in its F-35s by pressuring its US allies not to sell software upgrading the stealth fighter's capabilities to Turkey. Speaking to Sputnik, Associate professor and Director of security studies at the SETA foundation Murat Yesiltas outlined what he believes is Israel's chief concern.

Sputnik: It has been reported that Israel has been seeking to convince the United States not to sell certain software from the F-35s to Turkey. Do you know what software they are referring to?

Murat Yesiltas: There is no clear information coming from the Israeli side, but I think Israel is trying to speculate on Turkey's F-35 fighter jets from the United States; I think this is the strategy implemented by Israel. As you know, Turkey has been an important contributor to this project, and Israel has not.

Israel Wants US to Keep F-35 'Upgrade Capabilities' Secret From Turkey – Reports
But after Turkey's receipt of more than thirty F-35s, I think that's going to change the balance of power in the region. And that's the main reason why Israel is talking about [this issue].

Sputnik: Do you think Israel is concerned regarding Turkey's defense capabilities?

Turkey is now producing more than 57% of its national defense industry products. This is very important, and compared to Israel's defense capabilities, Turkey is in a good place in terms of developing these technologies; [the same is true] in terms of aligning with different countries such as Russia.

Therefore, we can easily say that there is competition between Turkey and Israel over the defense industry; and not only defense technologies. There is also competition over Turkey's strategic decision about the air missile system from Russia, for example. 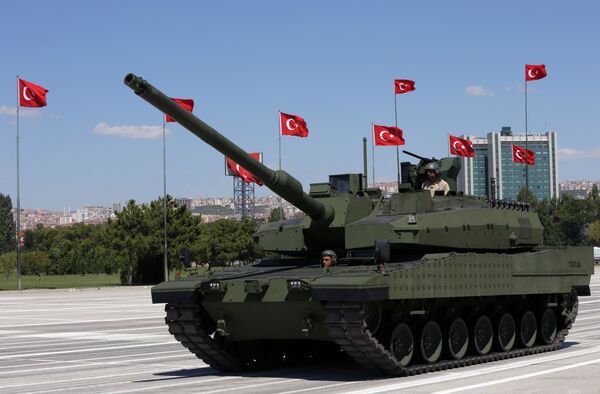 Washington ‘Hopeful’ to Resolve S-400 Row With Turkey Before Delivering F-35s
Sputnik: Can you elaborate?

Murat Yesiltas: Of course the S-400 missile system is one of the important strategic defense systems in Turkey, and if Ankara receives this system at the end of 2019, it will be a game changer for regional countries in terms of protecting Turkey's national security, and in terms of comparison with other regional countries' military capabilities. It's also a sign for Turkey's increasing rapprochement with Russia.

I think that this kind of strategic rapprochement between Russia and Turkey will also be a potential threat for Turkey-US relations in the coming future. Therefore, Israel I think is trying to undermine Turkey-United States relations by saying that Turkey-Russian rapprochement is undermining NATO's security structure.

Sputnik: The other issue serving as a stumbling block in relations between Turkey and the US is of course Washington's support for Kurds in Syria. Do you think this issue can be overcome?

Turkey, US to Decide How to Govern Syria's Manbij After Kurdish Withdrawal
I think the Manbij issue will be one of the first tests between the two capitals after the Turkish presidential election on June 24. Next week, Foreign Minister Mevlut Cavusoglu will visit Washington to talk details about the Manbij issue. I think the two countries are going to agree over the removal of PKK or YPG forces from Manbij, but I don't think there is a potential for agreement between the countries over the PYD on the other side of the Euphrates River in northeastern Syria.

Both countries are trying to find a good and comprehensive solution to reach a common understanding with regards to Syrian territorial integrity, with regard to Syrian patriots. Therefore, I think this is a very important issue that the two countries will have to deal with in the near future. 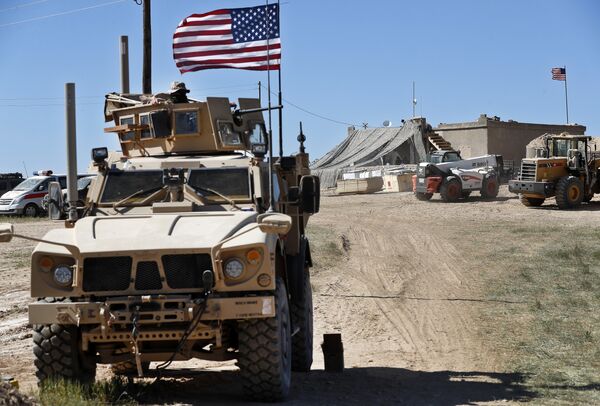 A U.S. soldier, left, sits on an armored vehicle behind a sand barrier at a newly installed position near the tense front line between the U.S-backed Syrian Manbij Military Council and the Turkish-backed fighters, in Manbij, north Syria, Wednesday, April 4, 2018
© AP Photo / Hussein Malla

Murat Yesiltas is director of security studies at the Foundation for Political, Economic and Social Research (Turkish acronym SETA) in Ankara. The views and opinions expressed by Mr. Yesiltas are those of the observer and do not necessarily reflect those of Sputnik.