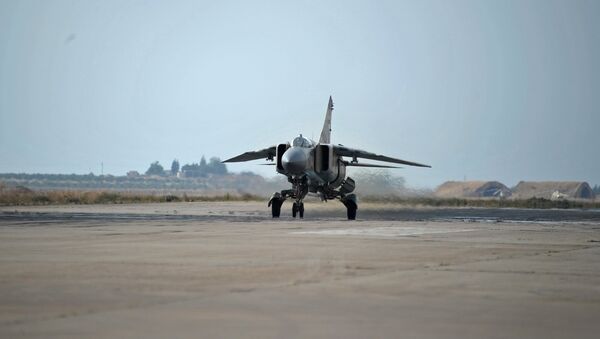 Suliman Mulhem
All materials
After liberating the entirety of Damascus city and the broader province from an array of hardline Islamist militant groups, including the Daesh* terrorist group, the Syrian Army and other government forces are set to launch a major offensive in southern Syria, near the Arab Republic’s border with Israel.

A source in Syria’s Ministry of Foreign Affairs (MFA) told Sputnik reporter Suliman Mulhem today that despite the US warning Damascus against attacking militants in southern Syria, the Syrian Army will launch an offensive in the region “soon” and is free to “eliminate terrorists in any part of the country” without first seeking permission from Washington.

“The Syrian Army has always acted in the interests of the Syrian people and doesn’t need permission from America or Trump to eliminate terrorists in any part of the country. The [military] operation in Deraa will begin soon, but we are now trying to avoid violence and agree surrender deals if possible,” the source told Sputnik on Tuesday.

The source added that the Syrian government will order the Syrian Army and the wider coalition of government forces to liberate the entirety of Syria.

“Our intention is to liberate every square kilometer of Syria from terrorists, and we won’t settle for anything less than that. The Syrian Army is capable of achieving this.”

Iran to Stay in Syria as Long as Damascus Wants - Tehran
US State Department spokeswoman Heather Nauert warned on May 25 that the US would take “firm and appropriate” measures against Damascus in the event of President Bashar al-Assad ordering an offensive in southern Syria.

The US’ military presence in Syria has regularly been condemned by the Syrian government as a violation of the state’s sovereignty, as US military personnel are operating in the Arab Republic without approval from Damascus or the UN.

Nauert’s comments came just hours after leaflets were dropped over towns and villages in northwest Deraa calling on militants to lay down their arms and surrender their positions to the Syrian Army, ahead of a largescale upcoming offensive.

Control of the Deraa Governorate is divided between government troops and opposition forces, with militants controlling all border crossings in the province. Daesh terrorists also maintain a presence in the province, and the intensity of clashes between the group and other militant factions escalated over recent days.