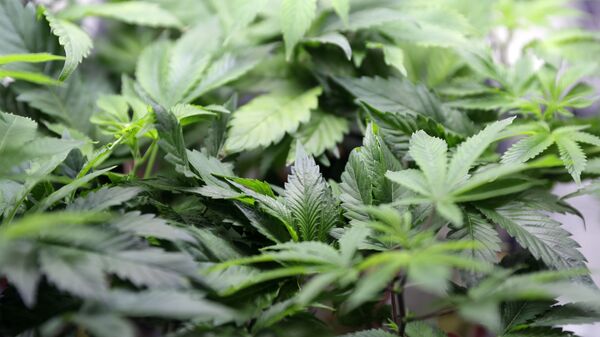 Last month, the US state of Georgia’s Division of Family and Children (DCFS) took custody of Suzeanna and Matthew Brill’s son after the couple admitted to giving the child marijuana to treat his recurrent seizures.

The couple has been charged with reckless conduct by the Twiggs County Sheriff's Office. But according to the Brills, they weren't being bad parents, they were just trying to help prevent their child from having seizures "seven days a week, 24 hours a day." The son's age has not been revealed for privacy concerns.

Their son's therapist reported the two to the DCFS after they confided their son's marijuana use to the therapist. However, the son's doctors were aware that marijuana was being successfully used to treat his seizures, the parents' GoFundMe page says, which they set up to help pay their legal fees.

The Brills tried multiple treatments for their son's seizures, including prescription drugs and cannabis oil, to no avail. That's when they decided to give smoking marijuana a shot.

"I smoke it first," Matthew told KVUE. "I know where it comes from, I know my people. Made sure the bag was good, packed the bowl in my bowl, which I know ain't been anywhere else, and I set it on the table and told him that it was his decision. I did not tell him he had to or not," Matthew added.

After their son started smoking several times a day, he went 71 days without having a single seizure.

"Nothing else is working," Suzeanna said. "I can't have my kid dying because no one wants to listen."

"While our son fought for his life, officially in DCFS custody and flatlining 15 times according to medical records, my husband was arrested, they tore me from my baby's side and told me they were going to take custody of him as I was arrested, too," their GoFundMe page says. "They say he is not safe with us while a medical team tries to start his heart again because they have stopped his treatment by what they know of the law and their opinion," Suzeanna wrote, describing the negative effects her son experienced after being forced to stop smoking marijuana per the DCFS' orders.

Although medical marijuana is gaining traction throughout the US, it is still illegal in some states. In Georgia, for example, only cannabidiol is legal. A 2003 study showed that marijuana prevented epileptic seizures in rats, and researchers are conducting clinical trials to evaluate the effectiveness of marijuana in treating conditions like HIV/AIDS, multiple sclerosis, inflammation, pain, substance use disorders and mental disorders, according to the National Institute on Drug Abuse.