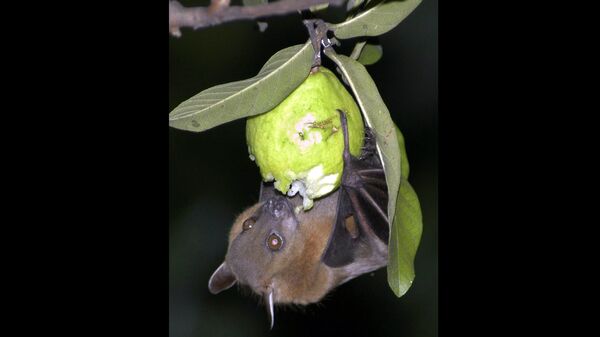 At least 14 people in India have died after an outbreak of a rare disease only discovered two decades ago. The World Health Organization lists the virus, Nipah, alongside ebola and zika as one of eight priority diseases that could cause a pandemic.

The disease is caused by a viral infection and has a mortality rate of 70 percent. There is no vaccine for it. It carries flu-like symptoms that lead to encephalitis, or inflammation of the brain.

Nipah has killed 260 people since 1998 in Bangladesh, India and Malaysia. It has also been documented in Singapore.

During previous outbreaks, pigs were believed to have hosted the virus, but this outbreak has typically been spread by fruit bats. A number of these bats were discovered dead inside a well belonging to a family that recently lost four people to Nipah.

Pigs have been an intermediate host of the disease, according to the World Health Organization, but bats are, in fact, the natural hosts of the disease.

During the 2004 outbreak, humans got sick from Nipah after consuming infected palm sap.

Nipah typically spreads to people after they have direct contact with an infected source.

Emergency measures have been instituted across Kerala, a state in southwestern India. In the Kozhikode and Malappuram districts, local media has reported nearly 200 patients receiving hospital treatment. Of those patients, 26 are under observation while three are receiving intensive treatment, according to Sky News.

One victim in Kozhikode District is reportedly a nurse.

According to Mail Today, there's clear evidence that the disease can be transmitted from one human to another, although there's no evidence yet that animals can also transmit it to one another.

India's Health Ministry says that the latest outbreak, which follows outbreaks in 2001 and 2007 that left dozens dead, should remain localized. However, travel advisories have been issued and the government has warned people to double-check their fruit for tooth and claw marks before consuming them.