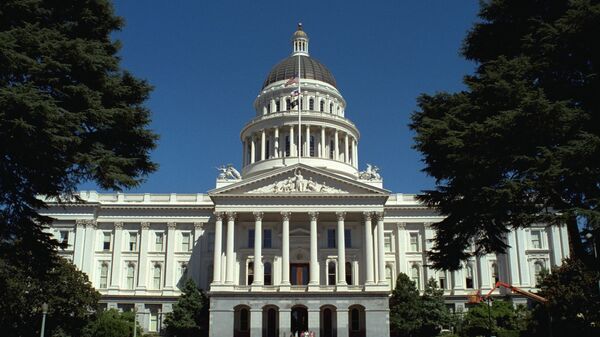 California is trying out new controversial license plates that have privacy advocates up in arms. The problem? They come with their own computer chips and GPS technology – and all the tracking capabilities it brings.

The new plates have already hit the streets in Sacramento, as the state's capital city is trying to get autonomous vehicle companies to test their tech there.

That means that that the metal and paint typical of license plates across America would be replaced by an electronic display for vehicles participating in the pilot program."The Rplate Pro transforms the 125-year-old stamped metal vehicle license plate into a cool-looking, multi-functional digital display and connected vehicle platform, delivering multiple efficiencies to businesses, government agencies and consumers," according to Reviver Auto's website.

The plates are battery-powered and have a wireless communication system. The displays work similar to eBook readers. The communications link and the changeable display means the Department of Motor Vehicles (DMV) would be able to change expiration dates remotely, for example, meaning that plate owners wouldn't have to actually go to the DMV, which Californians are currently required to do annually, according to the DMV.

If your car is stolen, the plates could even say "STOLEN," and police would be able to track the vehicle so long as the thief doesn't remove the plate.

But the added conveniences don't outweigh the privacy concerns, if you ask Alex Roy, editor at The Drive. "This makes sense for fleet management. For my personal car? No thanks," he wrote. "What little privacy we have left is annihilated."

Right now, the company behind the plates, Reviver Auto, believes that the initial interest in their product will come, as Roy suggested, from companies for the purpose of managing fleets of taxis or other working vehicles. However, they will also be available for regular drivers who are eager to try out the new tech.

Car dealerships will sell the plates for about $700, not including the installation fee and a monthly fee of $7.

Right now it's just a trial run, though. Senate Bill 806, signed into law on October 4, 2013, made way for the statewide pilot program, which caps the amount of vehicles allowed to try out the license plates on about 175,000 vehicles — about 1 percent of California's 35 million vehicles.

The DMV will have to report back to the state legislature about how the plates are performing by July 2020.

Sacramento is testing the tech for their city's fleet vehicles after ordering 24 Chevy Volts with the electronic license plates. While the cars aren't running, the plates will serve as miniature billboards to alert residents of public service announcements like street closures, city service advertisements and Amber alerts, among other emergency warnings.