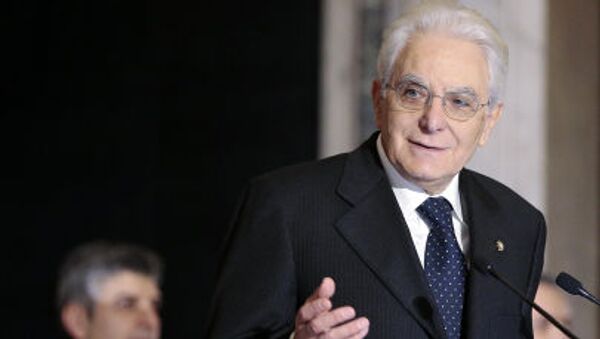 Leader of the Italian Five Star Movement (M5S) Luigi Di Maio proposed to the country’s parliament to discuss impeachment of Italian President Sergio Mattarella after the latter, in fact, vetoed the list of potential members of the government proposed by the prime minister candidate Giuseppe Conte supported by the M5S and the right-wing Lega party.

“I believe that the constitutional crisis must be included in the parliament’s agenda using the Article 90 of the constitution,” Di Maio told the Rai1 broadcaster on Sunday calling Mattarella’s actions unexplained.

The Article 90 said that the president of Italy was not responsible for the performance of his presidential duties except in the case of “high treason or violation of the Constitution.” Di Maio also called for holding the new parliamentary election after the impeachment of Mattarella.

Brothers of Italy supported the M5S demands for the resignation of Mattarella.

"The Italian president betrayed his people. We will propose to the parliament to impeach him [Mattarella],” the Brothers of Italy said in a statement.

Italian PM-Designate Conte Fails to Form New Government - President's Office
Mattarella rejected Conte’s list of potential ministers due to the candidacy of Paolo Savona, who was proposed as a candidate for minister of economy. Mattarella is opposing Savona’s views on the EU monetary policy.