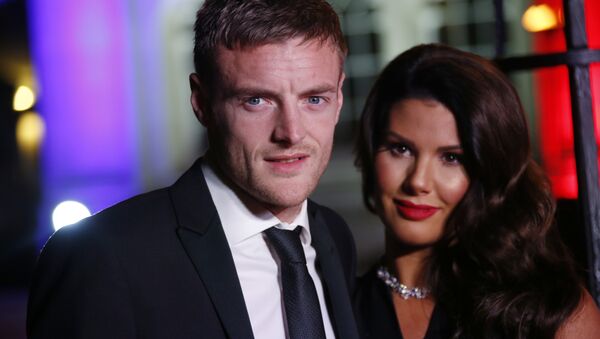 © AP Photo / Joel Ryan/Invision
Subscribe
As the FIFA World Cup is just around the corner, footballer’s wives and girlfriends are preparing for their trip to Russia to “support their husbands.”

According to the wife of English football player Jamie Vardy, British wives and girlfriends [WAGs] won’t be seen dancing on tables in Moscow’s nightclubs.

In an interview with Ok magazine, Rebekah Vardy said, “Our group is there for one reason – to support our husbands. It’d be wrong for us to be making headlines.”

She went on to say that the wives and girlfriends represent the country, too.

“You won’t see me dancing on tables or rolling out of nightclubs at 3a.m.,” Vardy added.

She plans to bring all her four children to watch her Leicester City striker husband during the matches.

According to the publication the Daily Star the footballers significant others will be staying in separate hotels from the players.

Some of the hottest England player’s girls that will be coming to Russia are Ruby Mae, Megan Davidson, Jena Frumes and Fern Hawkins.