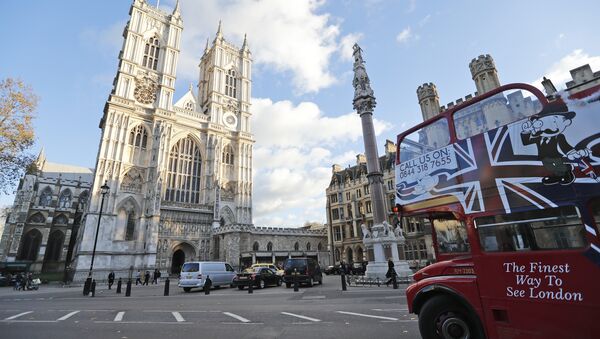 The UK is suspected of covertly planning to stay in the European Union despite Brexit. According to the Telegraph, the Cabinet has allocated more than 1.1 million dollars for ”activities relating to a European Parliamentary Election in 2019.” Sputnik spoke about the issue with John Curtice, Professor of Politics at Strathclyde University.

Sputnik: In your opinion, how substantiated are these suspicions that the UK government is secretly planning to stay in the European Union?

John Curtice: It’s one of those stories that when you are a newspaper correspondent sitting at your desk on Friday afternoon and saying what can I come up with that might actually grasp readers on a Sunday morning: looks like a good story but by the time the detail emerges the following Monday does not look like quite such a good story after all.

The position is very simple, the election commission, which is the body that’s responsible for promoting understanding of elections in the UK. It isn’t actually funded directly by the government; it is not a decision made by the government, it’s a decision made by something called the Speaker’s Committee, which is shared by the speaker of the House of Commons. The funding comes via this route in order to ensure that there is some distance between the government, i.e., the Cabinet, and the election commission. So point one.

Now this committee has to operate within the framework of the law; and because the UK has not yet passed the domestic legislation that’s required for us to withdraw from the European Union, including the provisions for holding the European elections in May 2019. Because that legislation has not been passed, because the law still says that there are going to be elections in May 2019, therefore, the committee is duty-bound to make provisions for those elections.

But, as everybody is aware, assuming the government eventually does manage to get this legislation through the House of Commons, then indeed the elections in the UK will be abandoned and the money will not be needed.

So, it kind of sounds good but the truth is that the problem here is not some great conspiracy by the government. Arguably, it is an example of the complications that arise as a result of the slow speed with which the withdrawal is being executed. But I think the conspiracy theory doesn’t really hold water.

Sputnik: What do you think about some of the analysts being of the opinion that the UK would vote in favor of staying in the EU?

John Curtice: It looks from the evidence that we have in front of us that it could well depend crucially on the turnout amongst those who did not vote in June 2016. There isn’t much evidence, but many leave voters would switch to remain or vice versa.

There is evidence that those that did not vote in 2016 are now more likely to say that they will vote remain rather than leave.

That might just be enough, if they were to turn out this time, to move the numbers in the opposite direction, but the truth is that the UK is still much divided on this subject and I don’t think anybody can be sure what the outcome of a second referendum could be; which again makes holding any second referendum in whatever the circumstances that we have kind of speculated about, itself a very risky enterprise.