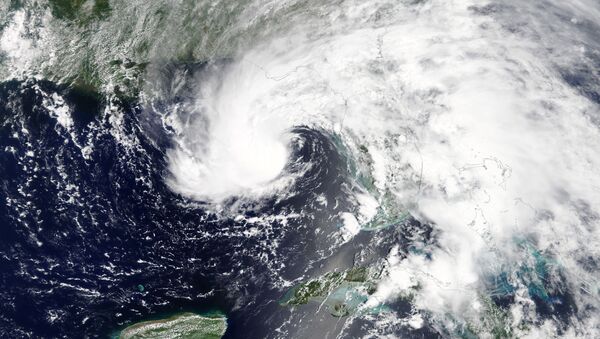 Severe Subtropical Storm Alberto - the first named storm of the 2018 Atlantic Ocean hurricane season - is bearing down on the southeastern US, as states of emergency have been declared along coastal regions.

Flooding is said to be the greatest concern in coastal areas of the southeastern United States as Storm Alberto nears landfall on the Florida Panhandle on the afternoon of America's annual Memorial Day holiday.

Mississippi, Florida and Alabama have declared states of emergency ahead of the storm's arrival.

While the storm has not strengthened into a hurricane, it does threaten residents and vacationers across the US Southeast.

The Accuweather spokesman observed that the weather event's classification, while not a pure tropical system, nonetheless is dangerous, and urged residents to take action to prepare their homes.

Severe Subtropical Storm Alberto "has the same impacts as a tropical storm," Kottlowski noted, adding, "that includes tropical-storm-force winds of 39-55 mph, a storm surge potential, heavy rain and the potential for isolated tornadoes."

The storm is expected to spin up multiple tornadoes as it marches inland after making landfall this afternoon.