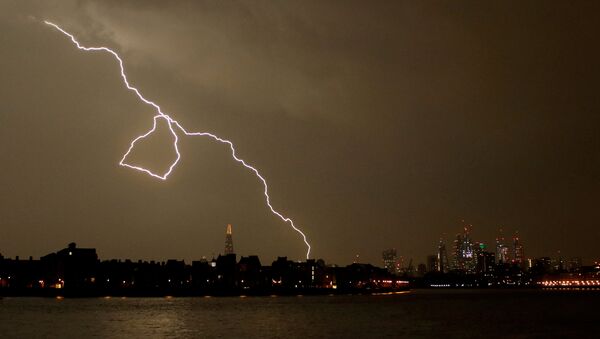 The Met Office has announced a yellow warning for heavy rain and flooding across Wales and most of England. There is a possibility of power cuts and delays to trains and buses, according to meteorologists. BBC Weather presenter Tomasz Schafernaker described it as the "mother of all thunderstorms" as he watched it over London.

More than 200 flights were delayed at London Stansted Airport. Another 31 departures and 18 arrivals were canceled, according to the flight statistics.