UK Government Suspected of 'Secret Plans' to Stay in EU 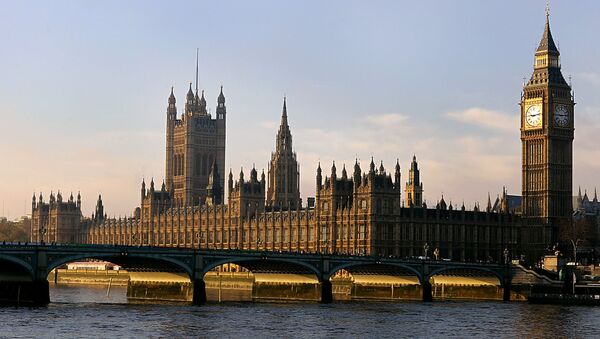 The suspicions emerged after UK authorities allocated funding for the elections to the European Parliament, which are set to take place after the date of its planned withdrawal from the EU.

The UK government is suspected of "secretly" planning to stay in the European Union despite Brexit, The Telegraph reported.

The speculations were prompted by the fact that the Cabinet has allocated 829,000 pounds (more than 1.1 million dollars) for its "activities relating to a European Parliamentary election in 2019," the newspaper wrote.

The media outlet also pointed to the fact that the elections to the European Parliament are set to be held in late May 2019, while the UK is set to withdraw from the EU almost two months before that — on March 29.

In its turn, the Electoral Commission explained the allocated funding as being "precautionary measures." They also noted that "most likely" the UK will not participate in the elections.

The referendum on Brexit was held on June 23, 2016 and the majority of voters supported the UK's withdrawal from the European Union.
However, Peter Kellner, former president of YouGov and polling analyst, believes that now the results could be different. According to him, the UK would most likely support remaining in the EU if such a referendum were held once again, the Independent wrote.