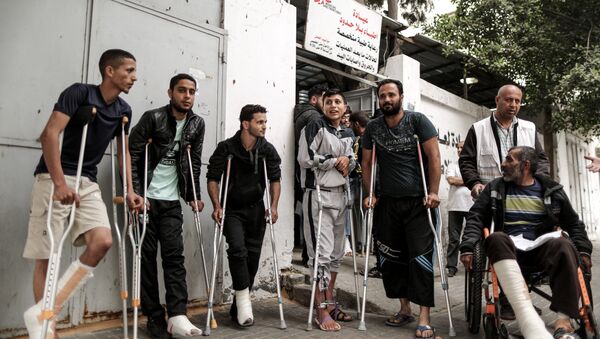 © AFP 2022 / MAHMUD HAMS
Subscribe
GAZA (Sputnik) - The third Palestinian died on Sunday after an Israeli tank had fired at a military observation post in the south of Gaza, the official representative of the local Health Ministry Ashraf Kidra told Sputnik.

Palestinian Authority Threatens to Cut Ties with Israel if Gaza Blockade Lifted
On Saturday, the Israeli aircraft carried out an airstrike on positions of the Hamas Palestinian movement in southern part of the Gaza Strip.